SELEX Galileo, a Finmeccanica Company, is building on established partnerships with Jordanian industry at the Special Operations Forces Exhibition (SOFEX) 2010, and is demonstrating how the Company can support the growth of capabilities of Jordan’s Special Operations and Homeland Security forces.
SELEX Galileo already works closely with local companies to develop advanced technology for Jordan’s armed forces. A research agreement signed with the King Abdullah Design and Development Bureau (KADDB) is promoting the development of joint Unmanned Aerial Systems (UAS) and Electro-Optic (EO) sensor technologies to equip Jordan’s Special Operations forces.
At this year’s SOFEX exhibition, SELEX Galileo is focusing on boosting the survivability and effectiveness of Jordan’s dismounted soldiers with the latest sensor solutions, as well as strengthening the Country’s surveillance capabilities with technologically advanced UAS. SELEX Galileo’s technology in both areas provides troops with the timely and appropriate information essential to mission success.
Addressing Jordan’s interest in UAS to meet their surveillance requirements, SELEX Galileo is actively promoting its robust and ready-for-operation Falco tactical UAS which is due to undergo in-Country trials over the next few months. Falco has a multiple payload capacity and can be integrated with a range of sensor packages including EO, Active Electronically Scanned Array (AESA) and M-Scan radar systems. One such AESA radar is the Company’s PicoSAR, which is compact enough to be integrated into UAS and small helicopters. 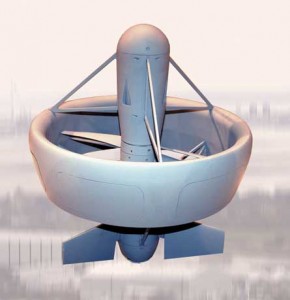 The Company will also be presenting its ASIO mini Vertical Take-Off and Landing (VTOL) UAS, specifically designed for “perch and stare” surveillance missions. ASIO is small but intelligent and acts as a critical node in a network centric surveillance system. With an endurance of over 40 minutes, ASIO performs well in all weather conditions.
Also on display will be the Individual Fire Control and Observation System, which is designed to improve the mobility, situational awareness and effectiveness of dismounted soldiers and provides a real “all weather” 24 hour operational capability for target location and sighting. SELEX Galileo is promoting the system to Jordan’s Special Operations forces, enhancing the survivability of soldiers and keeping casualties to a minimum.
In the wider region, SELEX Galileo will be pursuing opportunities linked with Electronic Warfare (EW) protection systems, mini UAS for air reconnaissance, and emerging maritime patrol surveillance requirements. The Company is very strong in the surveillance domain and can provide integrated solutions such as the Airborne Tactical Observation and Surveillance (ATOS) system which can be fitted with the latest generation AESA and M-Scan radar technology.
SELEX Galileo and King Abdullah Design and Development Bureau (KADDB) signed a Memorandum of Understanding (MoU) in November 2009. Research, design and development activities will be carried out at the KADDB facilities in Amman. A specific goal of the MoU is to promote the growth of Jordanian industry in defence technology and to support the future aspirations of the Jordanian Armed Forces, by jointly developing leading edge situational awareness capabilities.