AgustaWestland Will Bid on New Marine One 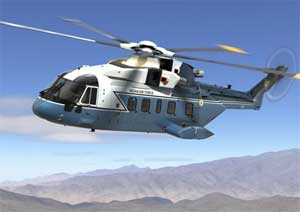 AgustaWestland (AW) told that the company is still in the hunt for the U.S. VXX Presidential helicopter replacement program, commonly known as Marine One. Pier Francesco Guarguaglini, the chairman and CEO of AW parent company Finmeccanica, suggested that AW could partner with Boeing and L-3 for the contract.
The original program was canceled last year amid concerns that its costs, which had escalated past $13 billion or close to $400 million per unit, were out of control. Paired with Lockheed Martin, AgustaWestland had successfully won that competition with its AW-101.
However, last month Lockheed Martin said it would bid on the new replacement program with Sikorsky and that company’s H-92. “I can confirm we will be competing for the VXX program.
We strongly believe the (AW) 101 is the best helicopter to meet this requirement,” the AW spokesman said. Finmeccanica’s Guarguaglini last week confirmed that AgustaWestand is in talks with Boeing and L-3 to team on the VXX.
AW has successfully teamed with Boeing on several past projects, including co-built AH-64 Apaches and CH-47s for the British and Italian militaries, respectively.