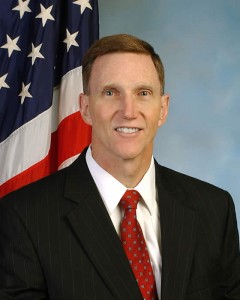 Pistole represents Obama’s third attempt to fill the crucial post, after two previous nominees withdrew during the Senate confirmation process, and his nomination comes as new controversy swirls around US airport screening.

The deputy director of the Federal Bureau of Investigation, Pistole is a veteran of the bureau’s counter-terrorism division and enlisted as a special agent in 1983.

In a statement, Obama praised Pistole’s “talent and knowledge” and said he would be a “valuable asset” in the administration’s effort to improve security and screening measures at US airports.

“I am grateful that he has agreed to take on this important role.”

In March a second nominee, retired US Army intelligence specialist Robert Harding, also pulled out, following a row over his past activity as a defense contractor.

The twin withdrawals left the agency without a permanent chief at a time when it was grappling with failures leading up to the thwarted Christmas Day bomb plot aboard a US airliner by a Nigerian suspect linked to Al-Qaeda.

The TSA is also investigating why suspected Times Square bomber Faisal Shahzad was able to board a plane at New York’s JFK airport despite being on a no-fly list.

Authorities found out he was on the aircraft, bound for Dubai at the last minute and ordered the pilot not to take off.

Pistole was a key figure in the investigation and hunt for Shahzad after the failed bombing in New York’s crowded theater district on May 1.

Obama’s nomination of Pistole got an early welcome from some key figures in Congress.

“My initial reaction to the nomination of John Pistole to head TSA is extremely positive,” said Senator Joseph Lieberman, chairman of the Homeland Security and Governmental Affairs Committee.

“He has a great law enforcement background and understands the threat of terrorism as well as anyone in the government.”

Senator Jay Rockefeller, who chairs the Senate Committee on Commerce, Science and Transportation, also backed the appointment, highlighting Pistole’s experience at the “nexus of security operations, law enforcement and intelligence.”

On May 17, 2010, President Barack Obama announced he was nominating Pistole to serve as Administrator of the Transportation Security Administration (TSA).

On April 14, 2004, Pistole testified before the 9/11 Commission at its 10th pubic hearing on a panel titled “Preventing Future Attacks Inside the United States.”

On June 16, 2004, Pistole testified before the 9/11 Commission at its 12th public hearing. Although the page on the 9/11 Commission website does not include Mr. Pistole’s name, and the PDF transcript does not list Mr. Pistole as a participant, he testified on June 16, 2004 as a panelist. He discussed threat levels of a possible attack by Al Qaeda in 2004, as well as other topics.

On August 23, 2004, Pistole testified before Congress about changes the FBI made in response to the 9/11 Commission.[2]

From Wikipedia, the free encyclopedia