The port last year received a $4.9 million grant from the Department of Homeland Security to cover three years programme.

“The concept is straightforward, putting public safety, emergency services and operations on the north side of the port, closer to the growth in activity,” Port Canaveral CEO J. Stanley Payne said. 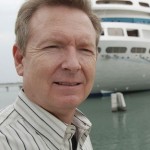 Funding for construction comes from the federal government through the Port Security Grant Program. This grant award, worth $2.8 million, included money for construction of the building and some communication equipment.

Security at Port Canaveral has had a greater focus since the terrorist attacks of Sept. 11. The port has potential high-profile terrorism targets, with six terminals and an estimated 4 million passengers sailing out annually, as well as its new, $100 million fuel tank terminal.

“We’ll also position an emergency response vehicle closer to the masses of cruise passengers,” Payne said. “The concept evolved from Homeland Security funding but took on new urgency when we secured the stimulus grant that expedited development of the police department.” 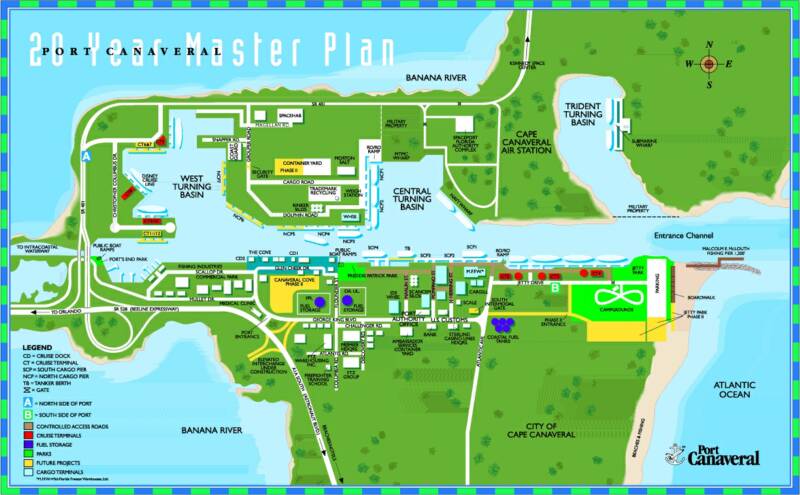 A paramount cargo and cruise area, Port Canaveral Florida brims with possibilities in the travel and tourism sector. Located an hour’s drive east of Orlando and situated slightly north of Cocoa Beach, Port Canaveral is a highly visited area on the popular east coast of the state. In Port Canaveral cruises are one of the top, all-time favorite things to do and are the most common type of transportation heading outside of the area. Almost five million travelers pass through the port each year, making it the second busiest port in the world. Major cruise lines routinely dock at the Port Canaveral cruise terminal, which houses six separate terminals that accommodate the major cruise lines that travel between Florida and many other ports in the world.

Port Canaveral fishing history dates back to the spark of the commercial fishing era circa 1950. Large cargo ships saddled with newsprint and oil frequented the port, carrying massive loads back and forth to many parts of the world. Tankers also began shipping Florida’s famous orange juice out of the port to New York State in the later 1950s. Port Canaveral cruises didn’t catch on in popularity until the 1970s when ships began bringing in loads of passengers interested in touring central Florida attractions. Port Canaveral is also known worldwide for its role with the NASA space program and is the nation’s foremost launch site.

Port Canaveral Florida is also now a major leader in the sport fishing sector. In Port Canaveral fishing is possible from many areas, including state park shorelines, fishing piers, marinas, and the harbor. The harbor offers convenient boat access through the Canaveral Lock, Canaveral Barge Canal, Banana River, which is part of the Intracoastal Waterway in Florida, and also provides easy access to blue waters of the Atlantic Ocean. Both Freddie Patrick Park and Port’s End Park offer complimentary boat launches, and with six marinas situated both in the harbor and the Barge Canal, visitors hauling their own boats have plenty of choices. Port Canaveral fishing offers plenty of opportunity to catch a variety of sport fish including drum, mackerel, snook, and a number of other types of deep-sea species.

The most popular of all attractions in the Port Canaveral Florida area is the Kennedy Space Center. With more than 70 miles of glorious coastline, beaches are also a major attraction, many offering picnic pavilions, restrooms, and showers. Shopping is also a popular pastime in Port Canaveral Florida with a large variety of items available through specialty shops, modern shopping malls in historic and nearby Coca Village. With cuisine ranging from fresh seafood to Caribbean food to steaks and more, there is something for everyone to enjoy when eating out and something to be had for every budget. With a visit to the Port, each family member will be satisfied with the diversity of things to do and see during a Florida vacation.