Boeing, General Dynamics and ITT: Up To $4.4 Bn for NextGen Engineering Contracts

The Federal Aviation Administration (FAA) today awarded three separate Next Generation Air Transportation System (NextGen) contracts totaling up to $4.4 billion over 10 years. Under the contracts, the companies will perform work that will demonstrate NextGen procedures in real time on a large scale within the current air traffic system. 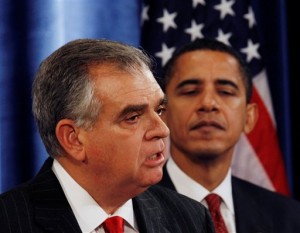 “NextGen is an economic opportunity that will challenge innovative companies to expand their workforce and help us modernize our National Airspace System,” said U.S. Transportation Secretary Ray LaHood. “Under NextGen, air travelers will be able to fly to their destinations safer and faster.”

Boeing, General Dynamics and ITT were awarded the contracts worth up to $4.4 billion. The three contracts, like one for $280 million awarded last month to CSSI, Inc., are part of System Engineering 2020 (SE2020). Two more contracts are expected under SE2020, which has a ceiling of $7 billion, making it the largest set of awards in FAA history. Boeing, General Dynamics and ITT will conduct large-scale demonstrations, including the use of aircraft as flying laboratories, to see how NextGen concepts, procedures and technologies can be integrated into the current system. 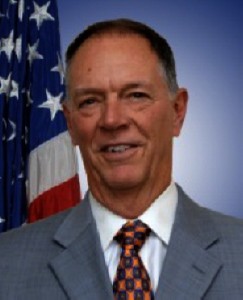 “NextGen is an intricate network of systems that involves everything from air traffic control to weather,” said FAA Administrator Randy Babbitt. “We need to have the right tools to make sure we integrate all these different components safely and smoothly.”

The FAA will work with these companies to develop and demonstrate new procedures in four dimensions, adding the element of time to the current three-dimensional profile of an aircraft’s latitude, longitude and altitude. Introducing time to this profile means that under NextGen, pilots and controllers will know not only where an aircraft is with greater precision but when the aircraft is supposed to be there. Unlike the current system of “roads in the sky,” 4-D operations will allow aircraft to fly from Point A to Point B more directly, while taking into consideration factors such as heavy traffic and bad weather.

Other work to be performed by Boeing, General Dynamics and ITT includes the development and rollout of modernized weather services. NextGen weather imaging will allow pilots and controllers to see bad weather stratified by different altitudes, giving them a more detailed and accurate picture of severe weather conditions. The improved information also means that pilots and controllers won’t have to interpret weather information, allowing them to plan safer routes.

SE2020 represents an innovative contracting vehicle that streamlines NextGen funding from across the FAA, allowing work to be completed in an efficient and cost effective manner.