Adoption of a U.S.- EU and EU Member States Declaration on Counterterrorism

The Council of Ministers of Interior and Justice of the European Union adopted a U.S.- EU and EU Member States Declaration on Counterterrorism. 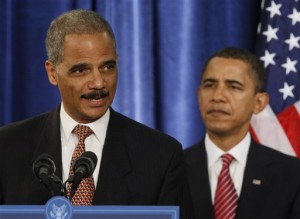 Attorney General Eric Holder, who attended the EU/G6 Conference of Interior Ministers declared: “The Council’s adoption of this Declaration is a crucial step forward in our mutual fight against terrorism. I attended the Meeting of the EU/G6 Ministers of Interior in Italy, where we discussed this Declaration, and I welcome the EU’s swift action following those discussions.

“This Declaration demonstrates our joint commitment to protect our citizens from terrorism consistent with our laws, our values and our commitment to individual privacy. Our work with our EU partners to protect the security of our citizens – including through programs such as the Terrorist Finance Tracking Program and the Passenger Name Record Agreement – is critical to the success of our counterterrorism efforts. I look forward to continuing to work with our EU partners on these important matters.” 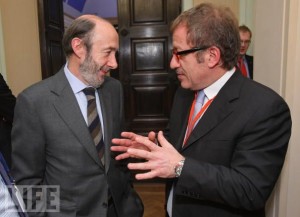 “This declaration is a message to the Muslim world,” said Spanish Interior Minister Alfredo Rubalcaba, whose country chairs the European Union until the end of the month, after outlining a joint statement of intent. “We will be firm in the defence of our values, but we will show our tolerance vis-a-vis other cultures,” Rubalcaba said after the transatlantic position was endorsed by fellow EU home ministers meeting in Luxembourg.
“It’s a message for those who want violence to prevail,” he added, saying the text “contains all the elements of a common policy against terrorism. We have the same strategy against terrorism.”

The State Department in Washington simultaneously issued a statement reaffirming its commitment to respecting international law and human rights in the fight against terror. The declaration “will help” President Barack Obama as he moves to repair the image of the US in the Muslim world after the Bush years by abandoning the “war on terror”, said the EU’s anti-terrorism coordinator Gilles de Kerchove. “Pakistan is one of the most problematic states in the world,” de Kerchove added, warning that the subject would prove to be “one of the toughest topics at the summit” in Brussels.

Under the terms of this agreement, we will enhance cooperation in the fight against terrorism and international crime by: 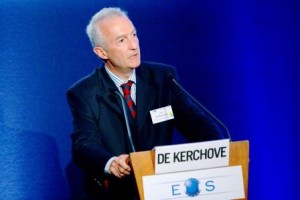 In a report given to ministers in Luxembourg, de Kerchove said that “terror inspired by Al-Qaeda remains the greatest threat” to the EU given the capabilities of organised groups to mount large-scale deadly attacks. He pinpointed “a not insignificant number of radicalised EU nationals and residents travelling to conflict areas or attending terror training camps and returning to Europe.” This should be of “serious concern” to EU member states, he underlined.

US Attorney General Eric Holder said separately the declaration “is a crucial step forward in our mutual fight against terrorism”. It demonstrates “our joint commitment to protect our citizens from terrorism consistent with our laws, our values and our commitment to individual privacy,” said Holder, who attended a meeting in Italy where the text was discussed. US and EU cooperation, including through programmes to track militant financing and exchange information about passenger names, was critical to counterterrorism efforts, he said in a statement.