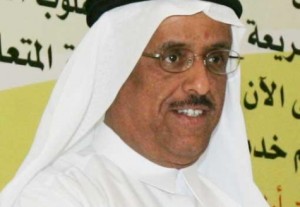 Dahi Khalfan Tamim (born October 1, 1951) is a Lieutenant General and the chief of Dubai Police Force, which is the police force for the Emirate of Dubai in the United Arab Emirates

The bustling Gulf city currently has 25,000 security cameras, but “surveillance needs to be ramped up to meet the growing requirements of an expanding city,”  told The National newspaper.
“We need to work according to a well-studied strategic plan and not only react to events as they come along… We will have cameraseverywhere,” said Khalfan of the 136-million-dollar (110-million-euro) project.
“we were able to play back time through the footage captured by cameras,” said Khalfan, adding they analysed 1,700 hours of images and “were able to pull the strings together and identify the suspects.”