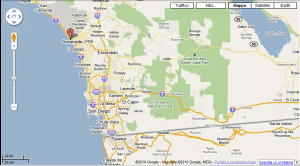 A collaborative effort between the Border Patrol and the Oceanside Harbor, Calif., police department prevented a maritime smuggling attempt early Friday morning as 22 foreign nationals who illegally entered the country at sea were arrested on the shore at Camp Pendleton.

At about 3:30 a.m., Border Patrol agents on patrol along the coastline spotted a panga boat approaching the shore at Camp Pendleton. The agents responded and arrested the group as they disembarked from the boat. Officers from the Oceanside Harbor Police Department, working under Operation Stonegarden, also responded and prevented the individuals from escaping by returning to sea aboard the boat.

The group of smuggled people included 20 Mexican nationals, one national of Guatemala and one national from Columbia. Agents transported the group to a local Border Patrol station for processing.

Agents later learned that the group was at sea for an extensive period of time and several members were suffering from severe sun exposure and dehydration.

An investigation is being conducted to identify and prosecute the individuals responsible for this smuggling attempt.

Joint enforcement efforts between the U.S. Border Patrol and its strategic partners act as a force multiplier to detect and interdict smugglers who attempt to exploit the coastal border in San Diego County.