EADS: TRS-3D to LM for US LCS Program and Coast Guard’s “Deepwater” programme 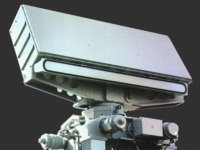 EADS Defence & Security has delivered the second TRS-3D naval radar to Lockheed Martin, a prime contractor for the U.S. Navy Littoral Combat Ship program. The radar is due to be integrated on the third of the new Littoral Combat Ships (LCS 3), Fort Worth.

The first radar has been in successful operation for a year-and-a-half onboard the first LCS, USS Freedom, where it played a key role in the ship’s first deployment. Throughout USS Freedom’s deployment the ship and crew conducted a series of drug interdictions in which more than five tons of cocaine was seized.

“Preserving maritime security, particularly of coastal areas, demands highly capable sensors to ensure situational awareness at any time,” explains Bernd Wenzler, CEO Defence Electronics, an integrated activity of EADS Defence & Security. “Our TRS-3D radar has proven in service that it is the right answer to these complex demands.”

Lockheed-Martin and EADS signed an important agreement for the integration of the TRS-3D naval radar system on the US Navy LCS and the US Coast Guard WMSL ships. TRS-3D will provide sea and air surveillance and weapon assignment to LCS ships. WMSL ships will get air search from the same radar system.

As reported by EADS Defence & Security (DS) , the company has received a follow-on order from Lockheed Martin’s Maritime Systems & Sensors business, valued at approx. 30 m € to supply the U.S. Coast Guard with the new radar, bringing the number of TRS-3D radars employed in the Deepwater programme to five.

The TRS-3D is deployed on the new National Security Cutters specially designed for homeland security missions in offshore and littoral zones.

The TRS-3D is a multimode, C-band, ship-mounted, air and sea surveillance and target acquisition radar available in different configurations. It performs automatically detection and tracking of both surface and airborne fast moving targets serving as stand-alone radar and can be netted with other sensors. It is especially designed to fit into corvette-sized ships, nevertheless it can be provided for larger ships such as frigates, for example German F122. Thanks to advanced signal processing, the TRS-3D radar can detect guided missiles, high-speed patrol boats and unmanned aerial vehicles (UAVs) under extreme weather conditions.

More than 40 radar sets have been sold. To date, the navies of the United States of America, Germany, Finland, Spain, Malaysia and Denmark have selected the TRS-3D radar system. TRS-3D will be provided to next generation of fighting ships such as the German K130 class corvettes. The German F122 frigates also operate the same radar system. As of June 2005, the Norwegian Coast Guard is the last known customer for the TRS-3D naval radar system.

On 3 June 2005, the Norwegian Coast Guard selected EADS TRS-3D radar system to improve surveillance of Norwegian waters and to guide helicopters safely in extreme weather conditions. The order was valued at several ten million Euros for four radar sets and MSSR 2000I IFF (Identification Friend or Foe) radar systems to be integrated into Svalbard-class vessels.