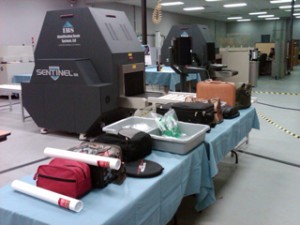 “Employing enhanced baggage screening technology at Orlando is a key part of TSA’s efforts to detect explosives, stay ahead of threats to aviation security, and ensure the safety of the traveling public,” said TSA Administrator John S. Pistole.

ARRA, signed into law by President Obama on Feb. 17, 2009, committed more than $3 billion for homeland security projects through DHS and the General Services Administration. Of the $1 billion allocated to TSA for aviation security projects, $734 million is dedicated to screening checked baggage and $266 million is allocated for airport checkpoint screening and CCTV technologies.