DHS May Wait 14 Years To Complete Its UAV Fleet

By Stew Magnuson and Ashleigh Fugate 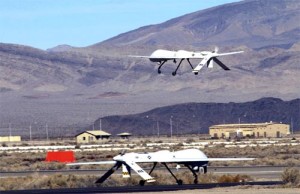 Department of Homeland Security officials said they need 24 unmanned aerial vehicles to patrol the U.S. border, and carry out other domestic missions such as disaster relief.

The problem is that the department has only been receiving funding for about one Predator per year. It has six UAVs now, with numbers seven and eight in the manufacturing and appropriations pipeline. Congress passed a $600 million emergency funding bill for border security, which added two more drones for fiscal year 2010.

Despite Congress’ unexpected largess, that’s a long wait — perhaps as long as 14 years — before Customs and Border Protection’s office of air and marine has all the remotely piloted aircraft it needs. 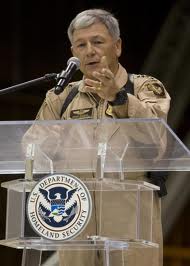 At “our normal procurement of one system per year, I think you can see how long that would take,” the office’s director, Michael Kostelnik, told the House Homeland Security Committee’s subcommittee on border, maritime and global counterterrorism, prior to the supplemental bill passing.

DHS is thinking beyond the northern and southern border missions for its proposed 24-plane Predator fleet. It would like the ability to send a UAV anywhere in the continental United States within three hours in case of a natural disaster, Kostelnik said.

No other CBP aircraft can provide 20 hours of non-stop coverage, Kostelnik said.

The new maritime variant has already been used in non-law enforcement scenarios. CBP and the Coast Guard wrapped up a joint pilot program to test the Guardian UAV, which is a Predator adapted to operate in the harsh ocean environment. It was used to monitor the BP oil spill this spring, and can also assess damage in the aftermath of floods and hurricanes, Kostelnik said. It carries a broad-area sea-search radar “with impressive long-range detection and tracking capabilities,” he said.

The biggest challenge has been hiring experienced pilots and sensor operators. There is keen competition among Defense Department, industry and DHS to hire qualified operators. Congress authorized the hiring of 24 certified UAV pilots last year. CBP reached its hiring goal, “but only a few brought with them significant … experience,” Kostelnik said.