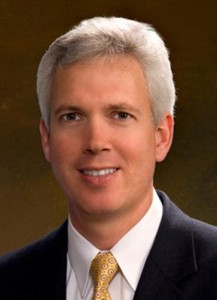 “Dan’s extensive industry background and deep expertise in operations, engineering, strategic business development and global customer engagement are ideally suited to his new role with Raytheon and I’m pleased to welcome him to the team,” said William H. Swanson, Chairman and CEO of Raytheon Company.

“I want to sincerely thank Colin for his outstanding service to our company and customers, and congratulate him on his distinguished 33-plus-year career,” Swanson continued. “While our company will clearly miss Colin’s leadership skills, customer focus and extensive management talents, all of us wish him the very best in his pending retirement.”

Schottlaender joined Raytheon in 1977 as a design engineer. His customer-focused mindset and emphasis on operational excellence have been key factors in making Raytheon an industry leader in networked systems and net-centric integration for military, federal and civil customers around the world.

Schottlaender received a bachelor’s degree in electrical engineering from the University of Houston.

Crowley joined Lockheed in 1983 as a cooperative engineering student while obtaining his B.S. degree in Mechanical Engineering from the University of Texas at Austin. Throughout his career, Crowley held a series of increasingly senior management positions, including director and vice president of Commercial Space Systems, vice president of Business Development and Advanced Programs for Space and Strategic Missiles, deputy program manager for Special Programs in classified space, and president of Lockheed’s Simulation, Training & Support company.

From 2005 – 2010, Crowley served as executive vice president and general manager of the F-35 Joint Strike Fighter program. He was responsible for execution of a System Development and Demonstration Program, transition to low-rate production, initiation of flight test and creation of the global sustainment solution for the nine partner countries that will operate the platform. He was named chief operating officer of Aeronautics earlier this year.