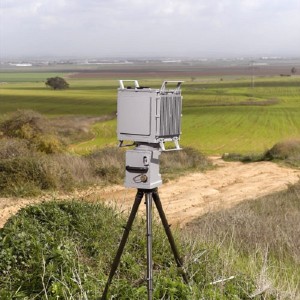 Israel Aerospace Industries (IAI) has been awarded a contract worth $9 million (USD) to provide a foreign customer with its ELM-2105 radar-based border protection system.

The radar, which is part of IAI/ELTA’s newly developed tactical ground surveillance radar family, has two back-to-back beams, and rotates 360 degrees at an extremely fast speed. These features enhance surveillance and detection probabilities, on the battlefield and in border patrol. The ELM-2105 was chosen by the foreign customer following a rigorous testing period. 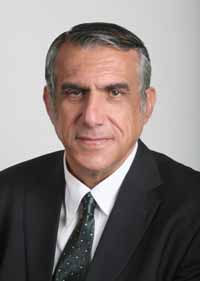 Nissim Hadas, IAI Corporate VP and President of ELTA Systems, a group and subsidiary of IAI, said: “IAI and ELTA offer a wide variety of operationally proven technologies and products, providing creative solutions to the challenges of homeland security and border protection. Our customers receive systems that have been developed and manufactured with the highest standards and are based on vast experience and knowledge in the field of ground tactical radars as well as in the field of integrated radar based systems for border and site protection.”

Generations of experience in fighting terrorism in a violent Middle Eastern neighborhood will translate into a lot of money and an important export growth engine for Israeli industry – that is the essence of the vision of Israel Export & International Cooperation Institute CEO Avi Hefetz, and the inspiration for the first Homeland Security International Conference, 31 Oct – 3, Nov in Tel Aviv.

The conference being organized by the Israel Export Institute and it is expected to become a bi-annual event.

Given the wave of terror around the world and the warnings of huge attacks in Europe, Israel has something to contribute, the Export Institute says. “Our clear advantage in this field represents immediate business potential of more than $200 million, which we will exploit in the coming year, in addition to the extensive existing business activity in the field,” says Heifetz.

The main potential for deals is markets hungry for high technology in area protection, most notably the Brazilian market, which is hosting two sporting events of global importance: the World Cup in 2014, and the Olympics in 2016. Israeli experience is also in high demand in India, where they are still learning the lessons of the multiple carnage in Mumbai in late 2008; in Thailand, which earlier this year had to contend with violent disturbances by the red shirt protesters; in Mexico, which wants to expand its enforcement mechanisms for maintaining public order in the light of the chaos across the country; and in other places. “This market will reach $250 billion in the next decade, and I want to see Israel in there,” says Hefetz.

In homeland security-related exports, Israel is among the 10 leading countries, and the annual sales of Israeli defense companies are estimated at $1.5 billion. “This is a lot, and it could be much more.” says Hefetz.