SELEX Galileo could speed up training of Afghan troops 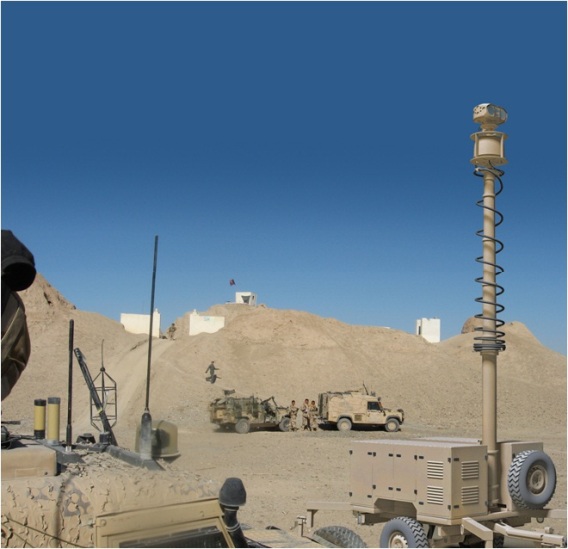 SELEX Galileo, a Finmeccanica Company, announce the launch of its new Observer surveillance system. Observer can provide troops in remote forward locations with a similar standard of radar and electro-optic surveillance to that available at permanent bases.
Troops operating Observer can therefore reduce their reliance on risky and manpower-intensive surveillance perimeters. Instead of multiple soldiers constantly scanning the horizon with man-portable equipment, they can spend more time on duties such as training local troops.
The system, which is designed to be quickly packed up and transported by trailer, can also provide long-range situational awareness to halted convoys, which would otherwise have to rely on the shorter-range systems of their escort vehicles.
The capabilities provided by Observer were previously limited to permanent bases due to large power requirements that meant regular refuelling. However, Observer’s innovative design allows it to run unsupported for more than 30 days, providing situational awareness to troops in even the most austere locations.
SELEX Galileo leads a team of companies to produce the Observer system. The team comprises Universal Engineering (platform) Kylmar (camera) ICX Radar Systems (radar) NSC (training) and Frazer-Nash Consultancy (safety and environmental). SELEX Galileo provides the software and system integration activities.