The biannual EU–US ministerial meeting on justice and home affairs was held on 08-09 December in Washington.

The US was represented by the Attorney General Eric Holder and the Secretary for Homeland Security Janet Napolitano. 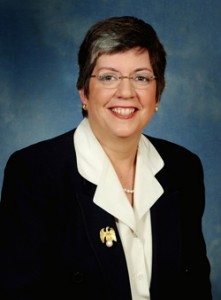 The U.S.-European Union (EU) Justice and Home Affairs Ministerial is held to discuss ongoing and future international initiatives to protect against terrorism and transnational crime.

Home Affairs Commissioner Cecilia Malmström said: “EU-US relations are critical for the freedom and security of our citizens. We have forged constructive cooperation in the home affairs area over the last years. The conclusion earlier this year of the TFTP Agreement is an example of that. Several issues that will be discussed during this ministerial meeting are also part of the main objectives identified by the EU Internal Security Strategy (ISS), demonstrating further the importance of our partnership in addressing common security challenges. One of these issues is cybercrime, and I welcome the setting up of an EU-US Working Group on cyber security and cybercrime, which will boost our cooperation on these issues and provide a timetable for concrete achievements to be made”.

“In our increasingly interconnected world, international collaboration and information sharing have never been more critical to protecting the United States from terrorism and transnational crime,” said Secretary Napolitano. “The United States is committed to working closely with our European partners to develop innovative and effective ways to ensure our mutual safety while protecting the privacy and civil liberties of all citizens.”

Main agenda items for the ministers in the field of Home Affairs:

Secretary Napolitano commended the launch of negotiations on the U.S.-EU Passenger Name Record (PNR) agreement—reiterating her commitment to ensure the safety and security of the traveling public through information sharing, while protecting the privacy of passengers.

Secretary Napolitano also reiterated the United States and the European Union’s shared commitment to bolstering the security of the international aviation system, noting the key role that U.S.-EU collaboration played in the adoption of the historic Declaration on Aviation Security by the 190 countries at the International Civil Aviation Organization Triennial Assembly in October 2010, which forged a new global framework for aviation security that will better protect the entire global aviation system from evolving terrorist threats and make air travel safer and more secure than ever before. She also underscored the extensive and ongoing collaboration between the U.S. and the EU on cargo security efforts following the thwarted terrorist plot to conceal and ship explosive devices on aircraft traveling through Europe and bound for the United States in October 2010.
—
Focus on agenda items

Cybercrime/Cyber security working group: Recognising the growing challenge of these issues, the last EU-US Summit held in Lisbon on 20 November 2010 (Joint EU-US Statement), established an EU-US Working Group on Cyber security and Cybercrime. This Working Group will address a number of specific priority areas and will report progress within a year

EU-US Passenger Name Record (PNR) agreement: The Commission presented on 21 September a Communication on the global approach to transfers of PNR data to third countries alongside the three draft negotiating mandates for PNR agreements with the US, Canada an Australia. The Council adopted the mandates on 2 December

“Toledo Statement” (including cargo security): Last January, EU ministers of Interior and US Secretary for Homeland Security Janet Napolitano agreed on the Toledo Statement, which refers to specific measures in four areas: aviation security, information exchange, research and international activities. EU and US agreed a first joint report on the implementation of the Toledo Statement at the April 8-9 JHA Ministerial held in Madrid.  Closely linked to this issue, air cargo security, following recent incidents, will also be discussed.

Visa Waiver Program (and ESTA fee): While US citizens enjoy visa free travel (for up to 90 days) to the EU, a visa requirement is still maintained for citizens of Bulgaria, Cyprus, Romania and Poland who wish to enter the US territory. US authorities consider that these Member States do not yet meet all criteria for visa exemption set in their legislation (e.g. that they are not issuing biometric passports or not meeting thresholds set for visa refusal and/or overstay rates). The Commission will pursue discussions with the US in order to achieve full visa reciprocity as soon as possible.