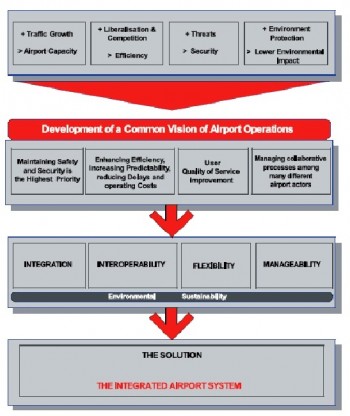 Electronic Systems Center officials of the Hanscom AFB intend to call for proposals within the next few months for development and production of a new deployable air traffic control system.

Referred to as the Deployable Radar Approach Control the system could be used at forward operating locations, however austere, for warfighting needs or contingency response. The system could also provide rapid back up for failed military or even civil fixed-base systems, said Diane McElligott, a program manager for the Aerospace Management Systems Division.

The D-RAPCON system could be deployed very early in a conflict, or right after a natural disaster occurs.

“We’re expecting minimal infrastructure to be there,” Ms. McElligott said. “The system will come with its own back-up power and the stand-alone equipment needed so that it can function in just about any situation.”

D-RAPCON is composed of two subsystems — air surveillance radar and operations — and the requirement is for each to be separately deployable, if necessary. This means that if the radar at a site becomes inoperable but the control tower is fine, or vice versa, the required D-RAPCON subsystem could be deployed to fill the need.

The system, once fielded, will replace aging systems that have become harder and far costlier to maintain. Most of those aging systems, including the TPN-19s, have been in the inventory for four decades or more.

“Maintainers are having to machine parts themselves because they can no longer be ordered,” Ms. McElligott said.

Because of this, while the TPN-19 systems will continue to be used, when a system becomes inoperable, it will no longer be repaired.

In addition, the new system is expected to significantly improve radar accuracy and reliability. While the legacy systems rely on analog technology, D-RAPCON will process radar signals digitally. It will also operate in both military and civilian radar bands.

The system will provide sequencing, separation of aircraft, navigation assistance and airspace control services, all with the modern accuracy and other state-of-the-art features, said Col. Jimmie Schuman, the senior materiel leader of the Aerospace Management Division.

The goal is to field a system that is deployable within 48 hours and can be carried by up to four C-130 cargo haulers. Once fielded, the system can be set up in less than 24 hours. In contrast, it generally takes about three months to put up a fixed-based system.

Air Force officials plan to buy 19 D-RAPCON systems, 10 of which will reside in the Air National Guard, seven at active-duty Air Force Space Command units, one for the service’s air traffic control school and another for depot maintenance activities.

Ms. McElligott estimates the total contract value to be more than $400 million, with more than $300 million devoted to production and approximately $80 million earmarked for development.