Simone Bemporad of Finmeccanica NA: the importance of increasing the cooperation and involvement with allied countries

Simone Bemporad: “I think that we could benefit from the focus that the QDR poses on partnerships with allied countries. What I mean is that we will see more programs in which several countries will be called on to contribute.”

Finmeccanica North America CEO Simone Bemporad sat down with ExecutiveBiz to discuss a range of topics, including his take on government contracting M&A and the role of an international company in the American defense market.

ExecutiveBiz: You have a good deal of experience with mergers and acquisitions.  What is your take on the current M&A climate in government contracting? 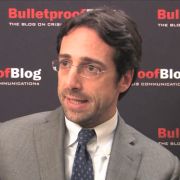 Simone Bemporad: I believe that the defense industry is not in the same situation that it was in back in the ‘90s, when defense budgets declined as a result of the end of the Cold War, and most of the major defense players went through a merger process.  We do not expect big mergers at this time; yet M&A activity is at the core of the defense industry. As you know, the defense industry relies on two things to be competitive: people – the great engineers and other committed professionals that make this industry – and, of course, technology.  You get your technology edge either by investing internally, which all  companies  do, or sometimes you get the edge through the acquisition of small to mid-sized companies that have invented or designed a  new product.

ExecutiveBiz: Since you’ve taken over as CEO, how has the firm changed?

Simone Bemporad: The firm was, at first, a representative office for The  Finmeccanica Group with the objective of expanding in the U.S..  Today, the Finmeccanica group in the United States accounts for 12,000 American jobs; this is why I was talking of the amazing growth of Finmeccanica earlier.  We have a proven track record with the U.S. customer. We are committed to delivering the best products for the war fighters every day at the best value for the U.S. tax payer.

ExecutiveBiz: Looking forward over the next year and maybe beyond to the next three-to five–year-period, what are some goals that you have set up for the firm to accomplish?

Simone Bemporad: The U.S. market represents one of the three strategic geographical pillars  for Finmeccanica.  Finmeccanica will continue investing in the U.S. in two ways; first, bringing new technology from the Finmeccanica Group to the United States. Secondly, when appropriate, as we have done even recently, through small and targeted acquisitions that fulfill special niches.  In 2008, Finmeccanica finalized the purchase of DRS Technologies, which is the largest acquisition ever made by an Italian company in the United States.  For Finmeccanica, DRS represented and continues to represent a significant footprint in this market while for DRS, the acquisition meant the possibility to improve its outreach to the global market.  One of the main objectives of this administration is to double  U.S. exports by 2015.  I think that the Finmeccanica strategy that is behind the acquisition of DRS makes absolute sense when seen in the context of this important objective set by  the current administration. Naturally, we will continue to look for opportunities where we can best meet the needs of the U.S. customers in the defense and in the civilian sectors.  The civilian sectors Finmeccanica operates in are energy and transportation.  Moreover, Finmeccanica is one of the few groups in the world that has the competencies to put together integrated solutions with different levels of complexity.

ExecutiveBiz: I wanted to touch on the topic of how international defense firms are helping the Department of Defense in the United States meet the needs outlined in the 2010 QDR.

Simone Bemporad: The 2010 QDR is a very interesting document.  It’s not only interesting because it outlines the defense strategy of the US government for the next four years but also because it focuses on the issue of alliance.  I believe that anybody reading the QDR can see that it stresses the importance of increasing the cooperation and involvement with allied countries.  I think that a country like Italy that has been a staunch ally of the United States for over 60 years, is key to these projects.  As a group that invests both in Italy and in the U.S., Finmeccanica feels it can be a part of these initiatives that involve our allied countries.  I believe that what we are doing now and will keep doing will address some of the most important points of the QDR like, for example, the reform for acquisition and export control systems that will allow us to provide the best products to the war fighters , while also providing savings for the taxpayer. I think that Finmeccanica is ready to meet DoD expectations to  provide the best technology at the lowest price , having in place export control compliance programs that will allow us to interact on a  global level  while still protecting the utmost objective of safeguarding national security.  I think that we could benefit from the focus that the QDR poses on partnerships with allied countries. What I mean is that we will see more programs in which several countries will be called on to contribute.

ExecutiveBiz: Could you tell us a little about your background?

Simone Bemporad: I started my career over 20 years ago as a journalist in Italy. Then, I moved to the Institute for Industrial Reconstruction, IRI, at the end of the ‘90s. When I joined IRI, I was to oversee all of the communication programs during the privatization phase of the group and to assist with its liquidation while working closely with the top management and with the Italian Treasury, which was in charge among other things of branding these processes. After  IRI, I worked at ENEL, the largest Italian power supplier. In 2003, I began the most interesting phase of my career when I joined Finmeccanica, that at the time was mostly an Italian-based group. We have had incredible growth in the last nine years, that started when our current chairman joined the company and decided to change the history of this group, taking Finmeccanica from a €6 billion company to the eighth-largest defense and aerospace group in the world with revenues of over €18 billion and a backlog of over €48 billion.  I was fortunate to be part of this success story as head of the International Affairs Department, supporting the expansion of the group internationally while helping to shape the institutional relations strategy. This eventually led me to the position of CEO of Finmeccanica North America in 2007.

ExecutiveBiz: Was there anything else that you wanted to discuss?

Simone Bemporad: Let me just stress the concept that Finmeccanica North America is now, after the many investments made in the U.S., an American company.  As I pointed out earlier in our conversation, we have 12,000 American workers in 29 states at almost 100 locations throughout the United States.  This is not a temporary show of size.  This is a long-term commitment and a strong and continued presence in the USA will be part of the strategy of Finmeccanica for the years ahead.