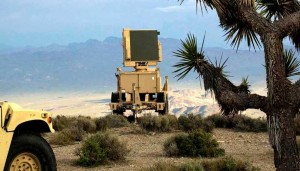 The Defense Security Cooperation Agency notified Congress Thursday of a Foreign Military Sale to the Government of Morocco of eight AN/MPQ-64F1 SENTINEL Radars, and associated equipment, parts, training and logistical support for an estimated cost of $67 million.

The proposed sale will contribute to the foreign policy and national security objectives of the United States by supporting Morocco’s legitimate need for its own self-defense. Morocco is one of the most stable and pro-Western of the Arab states, and the U.S. remains committed to a long-term relationship with Morocco.

The Government of Morocco is modernizing its armed forces and expanding its air defense architecture to counter threats posed by air attack. The proposed sale of SENTINEL Radars will greatly enhance Morocco’s interoperability with the U.S. and other NATO nations, making it a more valuable partner in an increasingly important area of the world.

According t o the Defense Security Cooperation Agency, the proposed sale will not alter the basic military balance in the region.

The AN/MPQ-64 Sentinel is a three-dimensional radar used to alert and queue Short Range Air Defense (SHORAD) weapons to the locations of hostile targets approaching their front line forces. The Sentinel radar is deployed with forward area air defense units of the U.S. Army and USMC. The radar uses an X-band range-gated, pulse-doppler system. The antenna uses phase-frequency electronic scanning technology, forming sharp 3D pencil beams covering large surveillance and track volume. The radar automatically acquires, tracks, classifies, identifies and reports targets, including cruise missiles, unmanned aerial vehicles, rotary and fixed-wing aircraft. It uses a high scan rate (30 RPM) and operates at a range of 40 km. The radar is designed with high resistance to electronic countermeasures (ECM). Mounted on a towed platform, it can be positioned remotely from the rest of the unit, operated autonomously and communicate with the Fire Distribution Center (FDC) via wideband fiber-optic link. It can also distribute its data over a SINCGARS radio network.

Raytheon developed the AN/MPQ-64 Sentinel radar at its Fullerton, California facility, and manufactures it at its Forest, Mississippi plant