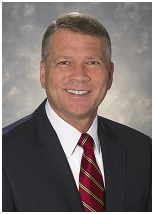 In this role, Dorsett leads the Cybersecurity/C4 portfolio in Government Relations. He and his team contribute to the development and execution of the cybersecurity and C4 elements of Northrop Grumman’s strategic business plan. Dorsett manages corporate-wide interfaces with key officials of the U.S.

“We are delighted to have Jack Dorsett join our Government Relations leadership team,” Ashworth said. “His extensive experience as U.S. Navy Deputy Chief of Naval Operations for Information Dominance and Director of Naval Intelligence combined with his expertise in complex government intelligence and information systems and organizations will serve him well in his new role with the company.”