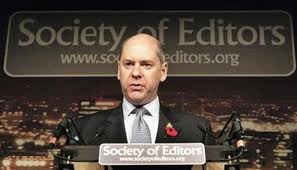 In his first public speech for nearly two years, Security Service Director General Jonathan Evans said MI5 is battling “astonishing” levels of cyber-attacks on UK industry. He warned internet “vulnerabilities” were being exploited by criminals as well as states. The attacks were a threat to the integrity of information, he added.

Mr Evans also warned the London 2012 Olympics was an “attractive target” for terrorist groups, but said security preparations were well under way. For this reason the Games would not be an easy target even though there was no doubt some terrorist networks had considered carrying out an attack, he said.
In a speech end of June, Mr Evans spoke of MI5’s efforts to tackle “industrial-scale processes involving many thousands of people lying behind both state sponsored cyber espionage and organised cyber crime”.
“Vulnerabilities in the internet are being exploited aggressively not just by criminals but also by states,” he said. “The extent of what is going on is astonishing.”
In the past Russia and China have been cited as the countries most involved in state-based attack.
“This is a threat to the integrity, confidentiality and availability of government information but also to business and to academic institutions,” Mr Evans said.
“What is at stake is not just our government secrets but also the safety and security of our infrastructure, the intellectual property that underpins our future prosperity and… commercially sensitive information.”
The head of MI5 presented an overview of the threats he says Britain faces through the Olympics and beyond.
He told the audience at London’s Mansion House the Games would present an attractive target since London would be the centre of worldwide attention but said MI5 was “far from complacent”.
Leave has been restricted at Thames House – MI5 headquarters – and a clock in the entrance foyer counts down to the opening ceremony.
So far it is thought there is little credible intelligence of major threats and the overall threat level remains at substantial – a notch below the “severe” level which it stood at for many years.
Half a million people have been checked as part of the accreditation process, which MI5 has helped with, and it is thought a number of individuals have been denied accreditation based on national security checks.
Mr Evans cautioned against thinking the terror threat had evaporated in the wake of Osama Bin Laden’s death.
“In back rooms and in cars and on the streets of this country there is no shortage of individuals talking about wanting to mount terrorist attacks here,” he said.
In the past about 75% of counter-terrorist casework was linked in some way to Pakistan or Afghanistan. That had now been reduced to below 50%, he said.

‘Better justice’
“We appear to be moving from a period of a deep and focused threat to one where the threat is less monolithic but wider,” he said. “Today parts of the Arab world have once more become a permissive environment for al-Qaeda.”
A small number of British jihadis have headed to places like Somalia and Yemen and there were concerns they may pose a threat on their return to the UK.

Mr Evans also said he was concerned about Iran in the wake of plots against Israeli interests in India, Azerbaijan and elsewhere. “A return to state-sponsored terrorism by Iran or its associates, such as Hezbollah, cannot be ruled out as pressure on the Iranian leadership increases,” he said.
MI5 has long had a team which looked at the dangers of hostile Iranian activities in the UK but that team is thought to have been reinforced in recent months amid fears of Tehran launching attacks in the retaliation for a strike on its nuclear programme.

In recent months legislation linked to the security services has aroused controversy. Mr Evans said he welcomed the plans to allow sensitive intelligence material to be heard in closed court during civil cases arguing that it would allow “better justice and better accountability”.

He also said the plan to allow greater collection of communications data – such as from social networks – was a “necessary and proportionate measure” to tackle crimes, including terrorism. “It would be extraordinary and self defeating if terrorists and criminals were able to adopt new technologies… while the law enforcement and security agencies were not permitted to keep pace with those same technological changes,” he said.
In a nod to those who sometimes criticise the security services as alarmist, Mr Evans ended his speech by acknowledging that some of the areas of concern he outlined might turn out to be “dogs that don’t bark” but added: “The dog you haven’t seen may turn out to be the one that bites you.”