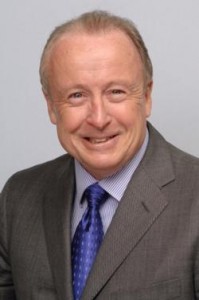 Company veteran Michael Kurth will oversee Boeing’s unmanned airborne systems as of Jan. 1. Kurth will relocate to St. Louis as vice president and general manager, Unmanned Airborne Systems Programs, reporting to Boeing Military Aircraft President Chris Chadwick.
David Pitchforth, managing director for UK Rotorcraft Support, a division of Boeing Global Services & Support, succeeds Kurth. In this position, Pitchforth will oversee BDUK’s entire portfolio of products and services that support the Ministry of Defence and U.S. military programs.
Most of the company’s unmanned programs had been part of a Missiles and Unmanned Airborne Systems division. Effective Jan. 1, these programs will stand alone under Kurth to emphasize the strong potential of the unmanned market. In order to increase affordability, Unmanned Airborne Systems Programs will share functional support, such as Finance and Legal, with other elements of Boeing Military Aircraft.
Boeing wants to reduce its Defense, Space & Security business unit’s costs by another $1.6 billion by the end of 2015, adding to the $2.2 billion it has identified since 2010.
Kurth, a retired U.S. Marine Corps colonel and graduate of the University of Wisconsin, joined Boeing in 1997.
Source : The Boeing Company