A new economic scenario is the most vital and balanced auspices of all, but the feeling that the policies adopted in recent years in various world economies were based on incorrect assumptions and on conceptual analysis not fully applicable to the current contingencies.

What are the emerging strategies, what possible alternatives, which are the risks and how the geo-political scenario future will depend on the choices? The return of central banks to a proactive role will change the economy? What are the consequences for EU Countries?

Dr. Eutimio Tiliacos, CEO Anesti Ltd, presented its point of view at ITA AirForces “House of Aviators”  with the sponsorship of the Center for Aviation Military Studies “Giulio Douhet” (CESMA) the Air Force Association and the Association of Roman Studies and Solidarity (ARSS). 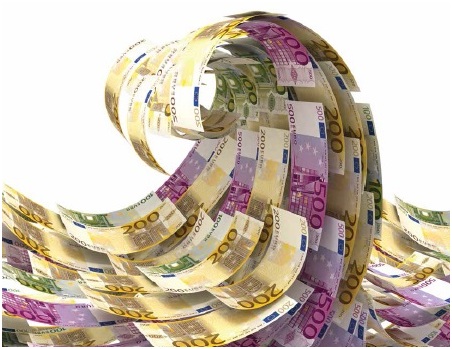 The Great Rotation stands for major changes taking place in the economy since second half 2012 – beginning 2013; the impacts of which have still got to be seen fully. (presentation, in Italian, here)

The first change is the new attitude of some important institution like the International Monetary Fund now admitting for the first time mistakes in evaluation of the amplitude of effects on growth of the new and more rigid fiscal policy implemented in eurozone . Mistakes stemming from use of econometric models valid before the crisis erupted but no longer viable measurement instruments during crisis times. In particular an IMF study published in January 2013, author the chief economist of the Fund Olivier Blanchard, so reads “Our results suggest that actual fiscal multipliers have been larger than forecasters assumed… We believe  that a reasonable case can be made that the multipliers used at the start of the crisis averaged about 0.5. A number of studies based on pre-crisis data for advanced economies indicate actual multipliers of roughly 0.5, and it is plausible that forecasters, on average, made assumptions consistent with this evidence. If we put this together, and use the range of coefficients, this suggests that actual multipliers were substantially above 1 early in the crisis”……“a joint 1 percent of GDP fiscal consolidation by the domestic economy and by its partners (weighted by the share of exports in GDP) would lead to a domestic output loss of 1.652 percent, relative to forecast” [1].

The second change taking place is the new attitude of some central bank (in Japan, UK, USA) toward inflation (“Overall, inflation is more likely than not to be above the target for most of the forecast period [next two years], although the risks are broadly balanced by the end” [2]

Quantitative easing policies (i.e. government injecting money into the banking system) insofar have in fact failed to produce the expected results to revive the economy and now the old beast of inflation is left free to scare the reluctant investors and force them to swiftly change their attitude investing more before prices are going too high. But such policy does not take into consideration the actual risks of implosion since the real problem today is not a deficit in supply but the excess (and unused) capacity in the global manufacturing and service system.  Fought for a long time by the central banks, now inflation, for reverse, is pursued thinking in this way to revive the economy. Though increase in inflation is expected to be moderate and central banks implementing this policy evaluate it to be under control in the near future persisting recession in some economic area like the Eurozone, it is undoubtedly a sign of surrender and can bear high risks contrary to somebody’s opinion like proved by the Japan case, expected to go from negative or null inflation rate to plus 2 % (“New Governor Haruhiko Kuroda committed the BOJ to open-ended asset buying and said the monetary base would nearly double to 270 trillion yen ($2.9 trillion) by the end of 2014, a dose of shock therapy officials hope will end two decades of stagnation……”We took all available steps we can think of. I’m confident that all necessary measures to achieve 2 percent inflation in two years were taken today” [Reuters, April 4, 2013] ).. This policy is starting to rock the Japan economy but not in the expected sense yet enhancing the volatility of the country’s stock market. In addition and as consequence of the new attitude to inflation policy in Japan, UK and USA all over the world investors are becoming growingly suspicious about the future of the bond markets that in the event of higher inflation will loose their old values.

The third and more important change is taking place in geo-political arena as consequence of recession still plaguing a lot of European countries including Island, Greece and Portugal. Persistency of recession is now pushing those countries to open up the doors to strategic investments of emerging powers (like China) never present before in the Arctic/Atlantic region or in the Mediterranean area where the balance of power can be shifted strategically and economically in favor of new entrants.

International analyst, since 2008, is an external expert for  the European Commission. In the early 2000s he was responsible for the attraction of foreign investment and development advisor of Italian financial companies. He also worked as an academic and research at the University of Rome and Oxford, where he studied the reflections generated by the economy of raw materials on the real sector and the financial sector.