Some DARPA Transformative Apps technology has been tested in the field in Afghanistan, and DARPA officials hope to make more widespread deployments and create a broader selection of apps. 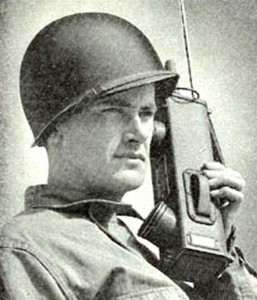 The DARPA Transformative Apps program builds on commercial practices to produce secure, affordable, and rapidly deployable solutions for the warfighters, capitalizing on existing commercial smartphones and tablet computers for initial development and evaluations.

Transformative Apps Programme seeks to develop a military mobile apps marketplace to make new capabilities available for use in the field.

Ultimately, DARPA want to help make handheld devices and apps broadly available to the lowest military echelons through a centralized marketplace for military apps that meet the evolving requirements of the battlefield.

DARPA researchers envision at least two apps repositories — one with beta apps for initial app evaluations, and another repository with apps that have been vetted, certified, and approved for use.

DARPA researchers want broad participation from many development teams, and are considering rewards for developers based on number of downloads, usage statistics, or other measures of value.

Some apps will function without network access, while others may require more consistent network connectivity.

For apps that rely heavily on network connectivity, DARPA is emphasizing minimal bandwidth consumption and application robustness in spite of frequent network disconnection.

Of particular importance for the program are middleware and tools to enable secure and reliable operation of apps on tactical networks in spite of limited backend computing and storage.

The program also seeks to develop an affordable and secure mobile tactical network compatible with commercial smartphones. Also part of the program are vulnerability analysis and security architecture.

Although today’s military handheld computers and networks are robust and secure, they also are fairly inflexible and costly. New applications, and modifications to existing applications, can take years to field.

Development is hampered by tight integration of hardware and software that often is generations behind commercial technology. Further complicating matters is the standard Pentagon practice to segregate users, requirements, and procurement in a process that does not respond quickly to rapidly changing user needs.

Transformative Apps builds on commercial practices to produce secure, affordable, and rapidly deployable solutions for the warfighters, capitalizing on existing commercial smartphones and tablet computers for initial development and evaluations.

The program targets the Android operating system, with emphasis on user interfaces, usability, simplicity, and ease-of-use.