US Coast Guard: $69M to LM for Maritime Control 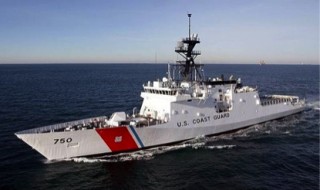 Lockheed Martin’s C4ISR system offers comprehensive, real-time situational awareness, commonality and interoperability, which enables a greater collection and sharing of maritime data. It allows the crew to see vessels in distress or targets of interest; collaborate with other Coast Guard air, sea and land assets; and act on the most current information available.

Lockheed Martin has provided the C4ISR systems to all six of the NSCs.

The programs have a combined estimated acquisition cost of about $21.1 billion,

The NSC, also known as the Legend-class cutter and Maritime Security Cutter, Large, is the largest and most technologically advanced multi-mission cutter in the Coast Guard fleet, with capabilities to support the service’s homeland security, law enforcement, marine safety, environmental protection and national defense missions and its production is included in the Integrated Deepwater System Program.

The Legend-class cutters are the second longest of all U.S. Coast Guard cutters, behind the research icebreaker Healy, and will replace the twelve Hamilton class cutters in service.

These cutters are envisioned by the Coast Guard as being able to undertake the entire range of the High Endurance Cutter roles with additional upgrades to make it more of an asset to the Department of Defense during declared national emergency contingencies.