Commercial Use of Drones – Cons and Pros 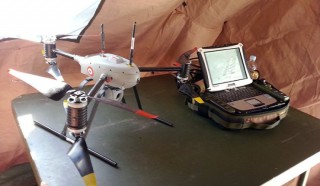 Huge commercial potential of UAVs has already prompted many entrepreneurs to start using them in their businesses. Drones are already in great demand among filmmakers who seek impressive camera shots. Farmers have been using them to analyze their crops and to dust them with pesticides. In overcrowded cities with constant traffic jams it would be faster and cheaper to deliver light parcels by drones rather than sending them with a messenger.

The world’s largest online retailer Amazon has already announced plans to employ drones to deliver packages. All this opens up a new field for employment as the companies will need people to program, monitor and pilot business drones. But a wide use of business drones also poses new risks, says Edward Kinane who works with Upstate Drone Action to expose and indict US Reaper drone attacks:

“It complicates air travel. It gives the air traffic people much more to keep track of and compelxifies the skies. Now you have these vehicles, these robotic unmanned vehicles without eyes and ears on board which reduces the safety factor. You have someone guiding that drone who is not in the actual sky environment that the drone is traveling through and may not be aware of the other aircraft that are outside his or her TV screen that they are using to guide the drone. So, that adds to risk,” Edward Kinane said.

According to Mr Kinane the technology is yet to have adequate safety. So far the technology itself is moving very fast but lacks adequate quality control. For example many drones are quite vulnerable to hacking and can be easily brought down by virtual attacks. To reduce risks and abuses special regulations should be put in place first, says Howard Safir, the CEO and Chairman for information and data company Vigilant Resources International.

“You have to make sure that they are not hazard to aviation, that they are not hazard to people on the street. Somebody is walking in the street and someone is going to have a drone delivered to the front door of a building or a house – that certainly could cause injury. So I think they should be carefully regulated and make sure that they don’t interfere with public safety. But that being set, I think there is a real future for the use of drones in a commercial area,”Howard Safir said.

Mr. Safir notes that for a time being it is probably better for business owners to stay away from drone-related ventures while its use is still being contested. At least it would be reasonable not to make big investments in drones before the regulatory base is clear. But it is not long to wait, at least for Americans. The US Federal Aviation Administration plans to draw up the regulations by 2015.