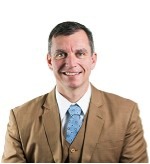 As Insitu president and CEO, Hartman is responsible for executing the Insitu business plan and building on its extensive portfolio, which today includes the ScanEagle and Integrator unmanned aircraft. He leads more than 800 employees, based primarily in the Columbia River Gorge area in Washington state and Oregon.

“I’m honored and humbled to be named CEO of Insitu,” said Hartman. “I’m proud and excited to continue our tradition of technical excellence and to support the Columbia Gorge community.”

“Our people and innovation are our competitive advantages in the region, and Ryan’s selection reinforces Boeing’s and Insitu’s commitment to its continued growth,” said Nordlund.

Hartman is a veteran of the U.S. Air Force and U.S. Navy and a graduate of Embry-Riddle Aeronautical University.

Insitu is a pioneer leader in the design, development, production and operation of high-performance, cost-effective unmanned aircraft systems (UAS).

Insitu family of long-endurance, runway-independent UAS have logged hundreds of thousands of combat flight hours since 2004, and have successfully operated in some of the most extreme environments in the world.