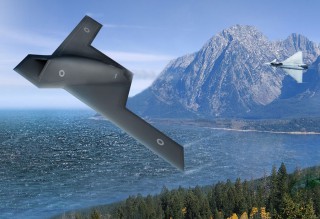 France and UK on November 5th launched the feasibility phase of the FCAS (Future Combat Air System) programme to carry out the system definition of an Anglo-French remotely-piloted combat aircraft. The total value of the feasibility phase contract led by BAE Systems and Dassault is €150M (£120M).
As part of the feasibility phase, Finmeccanica – Selex ES and Thales have been awarded contracts to lead, specify and define the FCAS’s multifunction sensor suite and communications sub-systems.

During this two year contract, the two European leaders will collaborate in a 50/50 work share. In addition to specifying the future aircraft’s sensor and communications systems, the companies will define the sensor suite and communication roadmaps and identify the costs associated with producing an operational FCAS. The cooperation also includes joint technology maturation activities to inform the design activities. The two companies will involve other sectors of UK and French industry as appropriate.

In the airborne sensors domain, Finmeccanica – Selex ES and Thales are partners of choice of Ministries of Defence in the UK and France as well as of BAE Systems and Dassault Aviation. The agreement therefore creates an unmatched European force in defence electronics that will pave the way towards Britain and France being able to operate remotely-piloted combat aircraft effectively in high threat environments. By providing innovative sensor solutions, the companies sustain and develop sovereign technologies and a critical skills base in the UK and in France that will be of benefit to both manned and unmanned combat platforms.

Pierre Eric Pommellet, Thales Executive Vice-President, Defence Mission Systems said “The support of France and the United-Kingdom is essential for the future of remotely piloted air systems and fighter aircraft in Europe. With this contract Thales and Finmeccanica-Selex ES will strengthen their cooperation in defence electronics and develop the airborne sensors which will respond to the forces needs for their next generation platforms.”

Norman Bone, Finmeccanica – Selex ES Managing Director, Airborne and Space Systems Division noted “As European defence budgets tighten, collaborative programmes such as FCAS offer our customers the high technology they need to meet modern threats while remaining economically viable. This contract, which brings together the UK and French national champions in defence electronics, will enable our two nations to start working towards the next-generation combat system.”