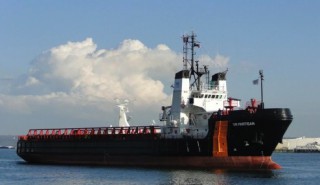 Maritime piracy has become a major global security challenge, because it often takes place on strategic shipping lanes for world trade, including the transportation of raw materials. It also has a considerable economic impact, estimated at 8 billion dollars a year. Industry is therefore looking to develop solutions that will allow ships to protect themselves over the long haul.

Sagem (Safran) is taking a comprehensive approach to this threat, offering a complete integrated shipborne system that will give commercial ships autonomous, non-lethal self-defense capabilities. Calling on Sagem’s proven expertise in high-performance shipborne optronics, the solution is designed to detect threats in timely fashion. Sagem’s shipborne self-defense system is easy to use, with a level of automation that allows it to be operated by the crew.

This self-defense system was developed by a Sagem-led industrial consortium with recognized expertise in the naval, defense and security sectors: Amefo, Eca Robotics, ENSM, Lacroix, Sofresud, SeaOwl, Thales, and Bureau Veritas. It is currently undergoing sea trials on the VN-Partisan (VN Partisan is a civilian vessel assigned to the role of “plastron” as part of the training units of the Navy in the Atlantic area.)

The design uses an integrated systems approach, based on equipment meeting civilian standards. It is based on four operational levels of protection against all phases in an attack: long-distance detection of a suspect craft; long-distance warning and deterrence; anti-boarding actions; and protection of the ship and crew. Threat detection calls on the Vigy Observer, a day/night gyrostabilized turret, capable of identifying threats to a range of several nautical miles. This system is already under production by Sagem for coast guard ships. Fitted with a thermal imager, the Vigy Observer offers panoramic, day/night detection of attackers, even under conditions of reduced visibility. A rangefinder calculates the exact distance from the attackers.

For certain types of threats, this warning system is combined with short and long-distance self-defense weapons, such as high-power water cannon and acoustic guns. The sensor-effecter system is controlled by a smartphone that can be used anywhere on the ship.