US, Japan and South Korea To Share Intelligence Data about Missile Threats 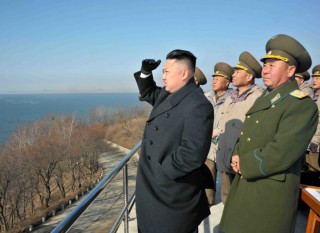 The South Korean vice defense minister, and his U.S. and Japanese counterparts, signed, on Dec. 29, a rare trilateral military arrangement on intelligence sharing about North Korea’s nuclear and missile programmes

According to the deal South Korea and Japan will share intelligence on North Korea’s nuclear and missile threats with the U.S. acting as an intermediary. While the U.S. has separate bilateral intelligence-sharing agreements with both South Korea and Japan, Seoul and Tokyo don’t have such bilateral pacts with each other amid longtime disputes between the two countries.

According to South Korean officials, the North has made significant progress in its goal to manufacture new nuclear weapons, which can be placed in missiles capable of reaching the U.S. Pyongyang, which tested its first nuclear bomb in 2006, conducted its second test in 2009. The threats of North Korean nuclear weapons are growing, following its third nuclear test, which was conducted in February 2013, the officials said.

The latest trilateral deal comes at a time when concerns over North Korea’s nuclear and missile capabilities have intensified.