Finmeccanica, Rostec and Rosneft agreement on the production of AW189 in Russia 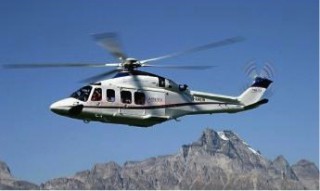 Finmeccanica has entered into a strategic partnership with Russia’s publicly-owned Rosneft oil company and Russian government corporation Rostec: under the agreement, the HeliVert plant near Moscow, a joint enterprise between Russian Helicopters and AgustaWestland (subsidiaries of Rostec and Finmeccanica respectively) will launch production of medium AW189 helicopters, HeliVert currently produces medium commercial AW 139 helicopters (a lighter class) for Russia and CIS countries.

Rosneft, the world’s largest publicly-traded oil company, is joining the project as a new partner. Rosneft is slated to become the first customer for the AW189. By 2025, the JVC Company HeliVert is due to produce and deliver 160 helicopters to Rosneft. A preliminary phase of the cooperation will see the introduction of a first batch of 2 AW189 helicopters, followed by additional 8 units, to allow the operator to familiarize with the new technology and to set up the needed and appropriate infrastructures to get ready once Rosneft is ready for full scale operations with the new model.

“Production of the AW189 within Russia opens up new opportunities for continuing the successful engagement with the Italian partners; the Finmeccanica Group and AgustaWestland. The project will be implemented on the basis of an exclusive licence agreement giving HeliVert the right to produce these helicopters for sale in Russia and to CIS countries,” Rostec CEOSergey Chemezov said. “Attracting the leading company in Russia’s oil sector, Rosneft, to join this project will give a new impetus to the further development of our joint venture, and to our expanded production.” 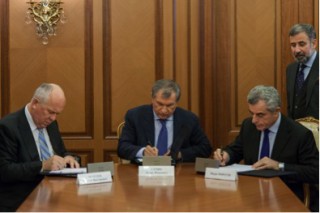 “We are proud of this agreement – Finmeccanica CEO and General Manager Mauro Morettisaid – which provides further evidence of the modernity and competitiveness of our Family of new generation civil helicopters. The entry of the civil AW189 into the Russian market, following the success of the AW 139, is a major result for our strategy aimed at a further growth in a market which shows huge potential for helicopter operations”.
After the agreement was signed, Igor Sechin stressed “Developing shelf projects is Rosneft’s strategic goal. Attaining this goal is impossible without the latest Arctic and maritime technology, oil and gas platforms, and the latest aircraft. We are pleased with the agreement reached, thanks to which we are able to build strategic cooperation in this vital sphere.”

AW189
The multirole AW189 AgustaWestland is an intermediate class of helicopter, with a maximum take-off weight of 8.3 tonnes. This versatile helicopter was designed specifically for offshore use and search-and-rescue operations, and also to carry out cargo and passenger transport roles. The standard AW189 cabin is designed to carry 16 passengers. It has a maximum cruising speed of 287 km/hr, a maximum range of 600 nautical miles (1111 km) with additional fuel tanks.
Launching assembly of the AW189 is another major project that will be implemented at HeliVert. The joint venture has been assembling medium twin-engined AW139s, with a take-off weight of 6300/6800 kg since June 2012. In December that year, the first Russian-made AW 139 took to the skies on its maiden flight. In autumn 2014, Russian Helicopters and AgustaWestland announced the creation of a maintenance and repair centre for AW 139 helicopters. Today, the centre provides a comprehensive maintenance and repair service to various models of medium AW 139 helicopters made in Russia or Italy.

HeliVert is a joint venture between Russian Helicopters and AgustaWestland. HeliVert is building and managing an assembly plant to produce the AW-139, a medium twin-engined civilian helicopter, in Russia, with the primary goal of meeting market demand in Russia and the CIS.