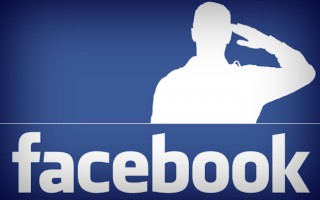 The British Government has announced the creation of the 77th battalion, a cyber unit composed of soldiers familiar with social media.

The cyberspace is a strategic domain for modern warfare, for this reason, the British Government has decided to create a new cyber unit composed of cyber experts, so-called “Facebook Warriors”, which will “wage complex and covert information and subversion campaigns“.

According to the Financial Times, the new cyber unit will be named the 77th battalion due to a historical significance.

“The original Chindits [77th battalion] were a guerrilla unit led by the swashbuckling British commander Major General Orde Wingate, one of the pioneers of modern unconventional warfare. They operated deep behind Japanese lines in Burma between 1942 and 1945 and their missions were often of questionable success.” reported the Financial Times.

The group will use social networks like Facebook and Twitter to monitor their opponents, the information they produce and to run PSYOPs. The British army will assign more than 1,500 specialists to the new troop that will use popular social networks to spread disinformation, run intelligence operations and disclose real war truths.

“The 77th Brigade, to be based in Hermitage, near Newbury, in Berkshire, will be about 1,500-strong and formed of units drawn from across the army. It will formally come into being in April.” reported the Guardian. “The 77th will include regulars and reservists and recruitment will begin in the spring. Soldiers with journalism skills and familiarity with social media are among those being sought.”

The 77th battalion will reportedly begin its activity in April 2015. The decision of the British Government to create the 77th battalion cyber unit follows a similar initiative of other governments that are using social networks to run cyber espionage campaigns, spread disinformation or influence the human sentiment about specific topics.

“77th Brigade is being created to draw together a host of existing and developing capabilities essential to meet the challenges of modern conflict and warfare. It recognises that the actions of others in a modern battlefield can be affected in ways that are not necessarily violent.” said an army spokesman.

The Israel Defence Forces have pioneered state military engagement with social media, with dedicated teams operating since Operation Cast Lead, its war in Gaza in 2008-9. The IDF is active on 30 platforms – including Twitter, Facebook, Youtube and Instagram – in six languages. “It enables us to engage with an audience we otherwise wouldn’t reach,” said an Israeli army spokesman. It has been approached by several western countries, keen to learn from its expertise.

During last summer’s war in Gaza, Operation Protective Edge, the IDF and Hamas’s military wing, the Qassam Brigades, tweeted prolifically, sometimes engaging directly with one another.

Source from Pierluigi Paganini – http://securityaffairs.co/ and others