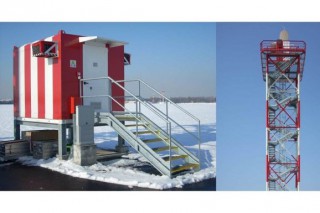 As Luigi Magliocchi, Managing Director of Rheinmetall Defence Italia, explains, “The special permit lets us market our globally leading DEB-RA foreign detection system in the United States. It’s an important milestone for us.”

“Buy American” regulations actually specify the procurement of US products for the Airport Improvement Programme, or AIP. Under certain circumstances, however, the FAA can issue an exception to policy, which is what happened here. Some 60% of DEB-RA components are American made, and final assembly also takes place in the United States.

Granting of this special permit enables swift procurement of the DEB-RA in AIP projects without the need for further waivers. Furthermore, allocated funds can be quickly disbursed to manufacturers that meet the Buy American criteria.

Rheinmetall’s state-of-the-art DEB-RA employs millimetre wave radar in combination with high-resolution electro-optical sensors in order to detect dangerous foreign objects on the runway in real time. This reduces the risk posed by these objects – and with a very low error rate.

A further advantage: DEB-RA can be used as an airport control system for vehicles and aircraft on the ground (Advanced Surface Movement Guidance and Control System / ASMGCS). In this capacity, it can either supplement or replace existing equipment, or serve as a standalone system – regardless of the composition of the runway or the sensor configuration. Here, too, disasters such as the collision in Milan-Linate on 8 October 2001, which left 118 persons dead, show how important it is to have reliable technology.