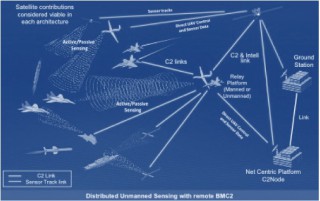 The JSTARS Recap Program Office will contract for the delivery of a complete integrated weapon system solution, as opposed to holding separate competitions for individual weapon subsystems for subsequent integration. The overall Weapon System will be comprised of the following industry integrated subsystems: the aircraft, the sensor(s), a communications suite, and a BMC2 suite.

The US air force will consider both US and international airframers to replace the Northrop Grumman E-8C JSTARS fleet and confirmed its preference for a smaller aircraft than the Boeing 707-based E-8C.

The move to accept international competitors opens the competition also to international aircraft manufacturers, including Airbus, Dassault and Bombardier, whose Global 6000 and Global 7000 would fit the bill. It also seems to give a leg up to competitors who are betting that a business-size jet will prove a more efficient and affordable replacement than would an airliner for the E-8C, which is based on a Boeing 707.

A previous attempt to replace the E-8C with a Northrop solution based on the Boeing 767-400ER was cancelled due to excessive costs.

Plans to improve JSTARS have focused on 3 main areas.