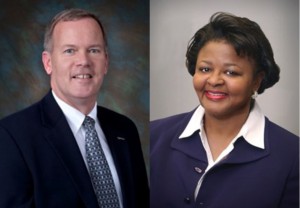 Lunny will report to Linnie Haynesworth, vice president and general manager, ISR division, and will have executive responsibility for all aspects of cost, technical, schedule, and risk execution on a major government program. Additionally, Lunny will focus on broadening Northrop Grumman’s customer relationships across key areas of its ISR portfolio.

“Steve brings to the ISR division a deep understanding of program management and our customer’s mission,” said Haynesworth. “His background and expertise will contribute greatly to the ongoing success of this critical program.”

Most recently, Steve was the deputy program manager, advanced mission programs within the space systems division of Northrop Grumman Aerospace Systems, where, in partnership with the vice president and program manager, he managed, developed and deployed major national space and ground systems. He also worked with the system enhancements team to identify, capture and integrate critical new mission enhancements and adjunct capabilities into the program.

Previously, Steve was program manager for advanced technology programs within the space systems division. He also served as director of systems engineering in the company’s former Space Technology sector.

Steve earned bachelor’s and master’s degrees in electrical engineering from the University of Virginia and has more than 30 years of systems engineering and program management experience in all phases of the system development cycle.