Qatar: about $ 24 billion of orders for defence 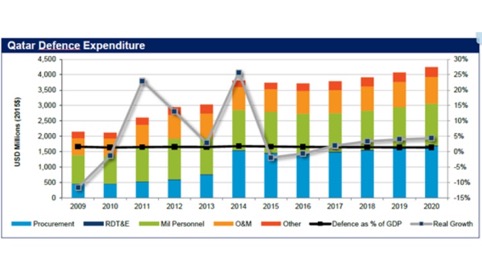 In 2015 the emirate of Qatar ordered about $ 24 billion (nearly 8 billion Euros to US companies) from 20 suppliers of a dozen countries, confirming one of the biggest buyers weapons in the world despite its armed forces count just 12,000 men.