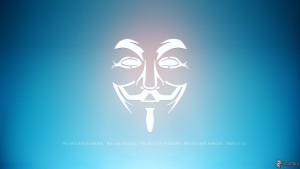 Already in 2012, with Operation Digiturk, the hacktivists hacked Turkey’s Information Technologies and Communications Authority (ICA) and published details from the ICA on Pastebin, such as user and administrative accounts, client listings and other private information.

Turkey has been accused by a variety of sources of aiding and abetting ISIS. Some of the accusations include giving medical treatment to ISIS militants, providing a safe harbour for them to rest and regroup on Turkish territory, and buying oil from the self-declared caliphate, thus providing the group with vital finances allowing it to continue its operations.

For this reasons, Anonymous threatened to sabotage the country’s airports, banks, and military services, as well as government facilities, by targeting their servers and data links.

So far, the hacktivist campaign has brought down nearly 40,000 websites across Turkey through coordinated action against the country’s root DNS servers – used for addressing and directing browsing traffic to websites.

Anonymous’ announcement demands Turkey stops assisting ISIS at once. ‘Turkey is supporting Daesh by buying oil from them, and hospitalizing their fighters. We won’t accept that Erdogan, the leader of Turkey, will help ISIS any longer. If you don’t stop supporting ISIS, we will continue attacking your internet, your root DNS, your banks and take your government sites down. After the root DNS we will start to hit your airports, military assets and private state connections. We will destroy your critical banking infrastructure.”

Previously, Anonymous began an operation targeting ISIS. They have taken down thousands of the social media accounts used by the terrorist group, and disrupted their online communications. The group has also released personal information of about 1,000 alleged Ku Klux Klan members.