NCIRC and CERT-EU Arrangement for Cooperation on Cyber Defence 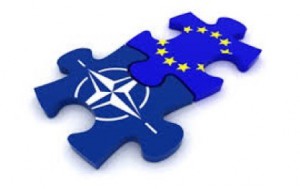 “The agreement facilitates technical information sharing between NCIRC and CERT-EU to improve cyber incident prevention, detection and response in both organisations, in line with their decision making autonomy and procedures,” the statement said.

The statement added that the deal allowed to perform the objectives of the EU Cyber Defence Policy Framework, as cooperation with NATO was among them.

Earlier in the day, NATO Secretary General Jens Stoltenberg said the agreement would be an example of an effective cooperation between NATO and the European Union in countering hybrid threats.

According to the EEAS, the cooperation between NATO and the European Union in the sphere of cybersecurity started in 2010.