The MD5 National Security Technology Accelerator, a public-private partnership between the Department of Defense (DoD), New York University (NYU) and a large network of top U.S. research universities, has been officially launched at a Hackathon today in Brooklyn, New York.  During the inaugural MD5 Hack, technologists from across the country will work together with military and civilian first responders, including the New York Fire Department, to create solutions to humanitarian assistance & disaster relief challenges in dense urban environments.

Through programs like the Hackathon, MD5 aims to educate and build a network of innovators and entrepreneurs equipped with the incentives, expertise, know-how, and resources required to successfully develop, commercialize and apply DoD technology.

Civil-military collaboration has led to some of the most significant technology innovations of the modern world, including the Internet, GPS, and autonomous vehicles. Following on this tradition, a range of stakeholders led by some of the nation’s leading research universities have come together to make the inaugural MD5 Humanitarian Assistance and Disaster Relief Hackathon a reality. Partners include: New York University, Columbia University, West Virginia University, University of Southern Mississippi, GE, One Defense, Bunker Labs, the Partnership for New York City and many more.

“While the Department of Defense maintains an unparalleled commitment to inventing the future, we do not have a monopoly on innovation or sufficient resources to apply and scale all of the great technology that we produce,” said Adam Jay Harrison, director of MD5. “Our mission is to develop the people and human-centered networks necessary to compete and win in the rapidly changing technology and national security environments.” 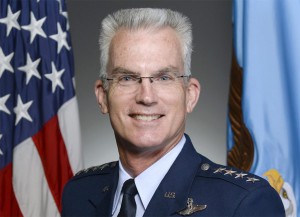 Gen. Paul Selva, vice chairman of the Joint Chiefs of staff and a leading advocate for innovation in the Department of Defense, said today’s national security environment is different from the one the U.S. faced in the Cold War. “Through programs like MD5, the defense department will continue to cultivate innovation and creative problem solving as a core leadership competence and expand opportunities to collaborate with our partners in academia and industry to solve our biggest national security challenges.”

This Hackathon will be the first in a series of MD5 Hack events that focus on bringing together participants from diverse civilian and military backgrounds to prototype solutions to challenges of shared interest.

Speakers at the event will include André Gudger, deputy assistant secretary of defense for manufacturing and industrial base policy, Katepalli R. Sreenivasan, president and dean of engineering at the NYU Tandon School of Engineering, and Josh Wolfe, co-founder and managing partner at Lux Capital.

MD5, part of the Office of the Under Secretary of Defense for Acquisition, Technology and Logistics, Manufacturing and Industrial Base Policy, is an important element of the DoD innovation enterprise. Within this context, it supports three key functions related to building the future national security workforce: one, developing national security innovators who continuously test and improve legacy processes and technology; two, creating human-centered networks that address DoD’s capability needs in an agile, cost-effective manner; and three, spurring ventures that develop, commercialize, or apply technology relevant to the DoD.

The MD5 National Security Technology Accelerator is a public-private partnership between the Department of Defense, NYU and a large network of top U.S. research universities that promotes civil-military technology collaboration. MD5 does not make dilutive investments in technology startups. Instead, it provides the tools, training, and access to DOD assets like infrastructure and intellectual property that empower entrepreneurs to build businesses that make a difference. By creating high-impact ventures based on non-sensitive Defense technology, we are reclaiming DOD’s historical role at the center of the nation’s commercial technology value chain.

In the coming months, MD5 will be rolling out programming across each of its three portfolios of activity.  Its ‘education’ portfolio trains entrepreneurs to bring new technologies to life.  The ‘collaboration’ portfolio, which includes its Hackathon events, connects skilled innovators to solve pressing challenges.  The ‘acceleration’ portfolio provides the support needed to turn an idea or functioning prototype into a scaling venture

A Hackathon (also known as a hack day, hackfest or codefest) is a design sprint-like event in which computer programmers and others involved in software development, including graphic designers, interface designers, project managers, and others, often including subject-matter-experts, collaborate intensively on software projects

To learn more about the Hackathon and MD5, please visit https://md5.net/hackathonf16.