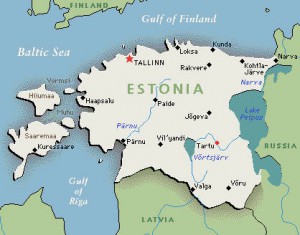 Estonia’s collaboration with Raytheon, which includes business-to-business engagement and initiatives to build the ranks of cyber experts, continued in 2016 with the  U.S.-Estonia Symposium on Cybersecurity and Defense Cooperation Elliott School of International Affairs in Washington, D.C.

“The challenge around cyber is a global one. It’s local, it’s national and it’s international,” said John Harris, vice president of Business Development and CEO of Raytheon International, Inc. He delivered a keynote address, as did Estonian Prime Minister Taavi Rõivas. “Here’s a country that not only understands the challenge but also has the capability to defend. We thought, who better to collaborate with?”

Estonia and Raytheon announced the collaboration in 2015, adding to the company’s numerous international pacts in cybersecurity and beyond. In the United Arab Emirates, for example, Raytheon conducted a week of cybersecurity events in February as part of an effort to deepen the nation’s expertise in cyber defense.

“With cyber threats evolving constantly, nations of all sizes need to protect their assets against inevitable attacks,” Harris said. “Resilient governments work with industry partners to operate with confidence in cyberspace. We have a strong track record of partnering around the world to help nations, governments and organizations detect, deter and defeat cyber threats.”

Recently Raytheon has become also a member of the Estonian Defence Industry Association.

According to the Estonian defence minister, Hannes Hanso, Raytheon’s membership in the Defence Industry Association is “a testament to the strong and enduring relationship between Estonia and the United States”. And Raytheon’s CEO, John Harris, added that his company’s Defence Industry Association membership will allow it “to further our global relationships in Estonia and explore new opportunities to collaborate with Estonian companies”.

Raytheon is the sixth international member of the association.