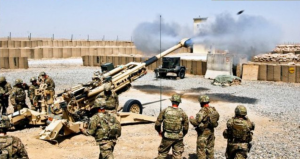 In order to improve ammo business processes, the US Standard Army Ammunition System-Modernization, is being upgraded to provide more centralized and accurate information to support ammunition management.

SAAS-MOD is the system that Ammunition Supply Points, Ordnance Companies and Ammunition Transfer Holding Points use to account for ammunition before directly issuing it to a unit. Currently the System Change Package, SCP 11, is in distribution.

This updated software program will provide several benefits not currently provided within the current system. The SAAS-MOD will consolidate asset and requirement identification, enhance ammunition accountability and supply operations, as well as streamline wartime logistics. The software package will enhance cyber-security requirements and replace the current client-server architecture that exists at each ammunition management node with a web-based application using a centralized database and thin-client.

Real-Time Ammunition Asset Visibility
The new version boasts the added versatility of cloud-based computing, which features a centralized server and database that provides near real-time ammunition asset visibility across the entire network architecture. “A cloud-based system allows our cyber guys to better monitor what’s going on — who’s on the network, where they are, and whether they have the correct software updates,” Ricky Daniels, the product lead for Logistics Information Systems said. “It provides them an enhanced capability to deny unauthorized individuals from getting into the system.”

SAAS’s transparency also has been bolstered. Ammunition information under the new system “can be rolled up at the highest levels,” Daniels said, “so that managers and planners can see what kind of ammunition we have, what we need and where we need it.”

As a result, he added, “ammunition purchases can be better streamlined because we can better project requirements and shipment with improved cost efficiencies.”

Easier to Use System

The new system also is easier to use, Daniels said, describing it as one that “has the Microsoft Office touch and feel.” The SAAS modification, he added, sports a user interface reminiscent of the most-popular software programs.

“That is an important element in the modification,” he said. “It allows soldiers to undertake their day-to-day missions at a faster pace, and they don’t have to do the manual things necessary with the prior version of SAAS.”

Reports can be generated more quickly, Daniels added, “and we can more easily cross-level assets from one unit to the next. There’s a mandatory technical benefit security-wise of this update, but the second- and third-order effects are that soldiers can perform tasks more efficiently.”

The next step in the SAAS implementation is to complete the migration of the various installation activities and tactical units around the world. So far, U.S. Army Europe is already online, and user feedback has been positive, he said.

“We’ve heard some very good comments from USAEUR — ‘Wow, this is great. I can do my job better than with the old system.’ That’s taking care of the soldier,” Daniels said. “Update the system, but if you can benefit the soldier as well, that’s great.”