A Department of Homeland Security official admitted that a team of experts remotely hacked a Boeing 757 parked at an airport. 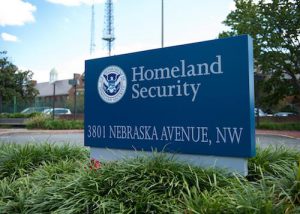 During a keynote address at the 2017 CyberSat Summit, a Department of Homeland Security (DHS) official admitted that he and his team of experts remotely hacked into a Boeing 757.

This hack was not conducted in a laboratory, but on a 757 parked at the airport in Atlantic City, N.J. And the actual hack occurred over a year ago. We are only now hearing about it thanks to a keynote delivered by Robert Hickey, aviation program manager within the Cyber Security Division of the DHS Science and Technology (S&T) Directorate.

“We got the airplane on Sept. 19, 2016. Two days later, I was successful in accomplishing a remote, non-cooperative, penetration,” Hickey said in an article in Avionics Today. “[That] means I didn’t have anybody touching the airplane; I didn’t have an insider threat. I stood off using typical stuff that could get through security, and we were able to establish a presence on the systems of the aircraft.”

While the details of the hack are classified, Hickey admitted that his team of industry experts and academics pulled it off by accessing the 757’s “radio frequency communications.”