The new logistics center of the Galileo

The logistics center of the Galileo satellite program was inaugurated on the 1st of Dec 2017. It is from this high-tech center, a 3000 m2 and 12 million 600 thousand euros paid by the Walloon Region building, that logistics support for the European satellite navigation network will be centralized. 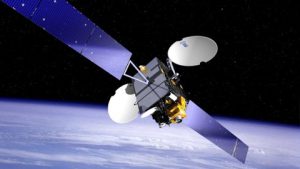 The logistics and maintenance center of the European program Galileo was inaugurated in the presence of several Walloon ministers and the Federal Minister of Mobility, as well as European officials. The new site is accompanied by the creation of 30 direct and 30 indirect jobs.

The center, located on the Galaxia zone, a stone’s throw from the Euro Space Center and officially named “Galileo integrated logistics support center”, will provide logistical support and maintenance of the 16 ground stations, spread around the world.  and a dozen European centers of the Galileo program.

It will ensure that Galileo operates smoothly 24 hours a day, allowing it to deal with any type of failure that may occur in one of the system’s ground stations.

Pierre Delsaux: “Galileo is a success”

This “European GPS” program, with a large budget (more than 10 billion euros), already partly operational, aims to offer geolocation services of unparalleled precision using 30 satellites, of which 18 have day been placed in orbit. Four additional satellites will normally be launched in 20017 and four more will be placed in orbit in July 2018.

Galileo, includes, in addition to its satellites (30 in 2020), an important infrastructure on the ground. It has 12 main sites located in Europe for specific tasks (control, security, etc.) and 16 remote sites around the globe for control and communication with satellites. Among these, that of the ESA (European Space Agency) in Redu, a stone’s throw from the Galaxia Park.

“Galileo is a success, today Galileo already works better than any other positioning system in the world”, such as the American GPS or the Chinese and Russian systems, explains Pierre Delsaux, Deputy Director General at the European Commission (DG Growth).

At the inauguration ceremony, the Walloon Minister for the Economy, Pierre-Yves Jeholet, underlined the “great pride” that this logistics center provides, whose installation was made possible by “the seamless collaboration” between the federal government, Wallonia, the province of Luxembourg, the municipality of Libin, which already hosts a Redu center of the European Space Agency, and the intercommunal Idelux.

The contract by GSA (Agency of the European Global Navigation Satellite System) covers the period 2017-2026, for a maximum of one and a half billion euros, according to the information provided on the GSA website. It covers again operation, maintenance and control of the system, as well as infrastructure management and user support services.

A consortium led by the German-Italian company Spaceopal won the infrastructure management and maintenance contract Galileo. This will benefit VitroCiset Belgium, located in Transinne.

Eight months after the European Commission has selected the Galaxia business park to install the Integrated Logistics Support-ILS dedicated to the Galileo satellite navigation system, new contracts related to the European GPS will go to VitroCiset Belgium, one of the companies located within the emblematic space pole of the Province of Luxembourg.

It also houses the Euro Space Center and other companies active in the sector, is not the only one to have strengthened as a space pole in recent months. The federal government announced at the end of November that it would invest five million euros in the Redu center to develop infrastructure and to cover education activities and defense-security projects.