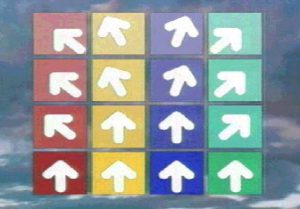 Turkey has awarded Eurosam, Aselsan and Roketsan a contract for the definition study of the future Turkish Long Range Air and Missile Defence System. The contract award was made during the meeting of President Recep Tayyip Erdogan and President Emmanuel Macron today in Paris.

The contract follows the 14th of July Heads of Agreement signed by Michel Vigneras, Eurosam, Faik Eken, Aselsan and Selçuk Yaşar, Roketsan and under the sponsorship of the Turkish Undersecretariat for Defence Industries (SSM) to launch in-depth co-operation in the field of air and missile defence.

And, on Nov. 8, Turkey signed the joint Eurosam consortium agreement with the Italian and French Defense Ministers in an inter-governmental agreement at NATO headquarters in Brussels.

The three-country missile programme is scheduled to be ready by the middle of the next decade and aims to defend against threats from stealth aircraft, drones and missiles, Eurosam said. “The joint development activity is expected to support Turkey’s indigenous air and missile development programme in addition to opening up prospects for exports and longer-term co-operation of Turkey, Italy and France,” Eurosam said.

Eurosam was established in June 1989 by three major European aerospace companies, for the development of the FSAF (Future Surface to Air Family) program 50/50 financed by Italy and France.

The Italian Army has deployed two Eurosam-built SAMP/T firing units since June 2016 as part of NATO’s contribution to the defence of Turkey and its people against potential missile threats from beyond NATO’s southeastern flank.

The future Turkish air and missile system will be based on the technologies and experience that Eurosam has built in ground and naval systems using the Aster missile over 25 years and EUR11 billion of collective investment. These systems have been delivered to the current home nations of France and Italy, many export nations, and are able to defeat the most challenging of air threats, whether air breathing or ballistic. The future programme will be managed in synergy with future evolutions of the Eurosam systems in France and Italy.

In a statement, Eurosam said: “The joint development activity is expected to support Turkey’s domestic air and missile development program in addition to opening up prospects for exports and longer-term cooperation between Turkey, Italy and France.”

“The Eurosam agreement is a very significant step. Now, it is time to act on the agreement immediately and accelerate the process to start production,” Erdoğan said.