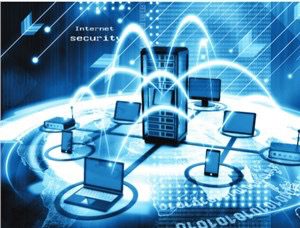 Raytheon Company has been awarded a U.S. Army contract to demonstrate the company’s commercially available mobile intelligence platform that will allow soldiers to quickly collect and access information on the battlefield.

This commercial laptop-based platform, called the FoXTEN, may be considered as a future mobile component of the Army’s Distributed Common Ground System. DCGS is an intelligence, surveillance and reconnaissance system that enables deployed soldiers to collect, process and display intelligence information from a variety of sources and sensors. The Army is upgrading their existing DCGS system with a series of new components and capabilities, including the mobile platform.

“Our soldiers need real-time access to intelligence and surveillance data, and FoXTEN is designed to get that information to and from the most remote edges of the battlefield,” said Todd Probert, vice president of Mission Support and Modernization at Raytheon Intelligence, Information and Services. “We’ll be bringing our deep experience integrating the best commercial software into a system our soldiers can trust to keep them constantly aware of threats and give them the advantage they need to win on any battlefield.”

Under the contract awarded by the U.S. Army Contracting Command, Raytheon will demonstrate the company’s FoXTEN software product, which can be loaded onto a commercially procured laptop and easily deployed and used by soldiers operating in the field. FoXTEN quickly connects warfighters to intelligence from various sources, giving them the real time information they need to make mission decisions across all battle domains. FoXTEN, when loaded onto a laptop, is lightweight, requires little power and can operate at low-transmission speeds.

“Our system is intuitive, easy to use and only takes eight hours of training compared to the current system,” said Probert. “It’s also completely open, allowing the Army to integrate new capabilities from any developer. The system is designed from the ground up to be easily upgraded so our soldiers always have the best technology and intelligence in their hands.”

The Army will conduct a series of operational tests of the FoXTEN software over the next year before making a final procurement decision.