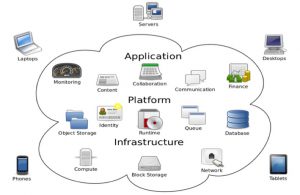 The CHES infrastructure is being developed to support the delivery of Microsoft Office 365 services and provides the ability for the Air Force to consume additional cloud service offerings in the future, such as Amazon Web Services (AWS), Oracle, SAP and others..

The contract directs General Dynamics to implement CHES at Wright Patterson Air Force Base, Ohio, and up to two additional Air Force locations.

CSRA’s legacy business has supported the design and implementation efforts for both the Air Force and the Defense Logistics Agency’s (DLA) cloud computing programs from the onset. Prior to CHES, the company supported the Air Force and DLA cloud engineering efforts for the Collaboration Pathfinder program. The company’s engineers developed a unique global hybrid-cloud networking, computing and storage architecture capable of meeting all customer requirements.

CSRA helped both the Air Force and the Defense Logistics Agency’s (DLA) Agency cloud-based computing storage and networking architecture as part of the Collaboration Pathfinder program.

The Air Force and DLA are the first Department of Defense (DoD) organizations to consume Microsoft’s Office 365 and Azure, which were the first DoD FedRAMP Impact Level 5 cloud service offerings made available for DoD consumption. As a result, the company worked closely with Microsoft and DISA to design this environment from the ground up.