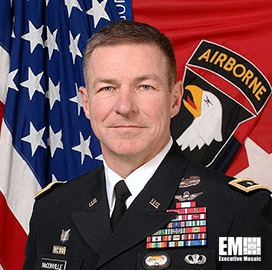 Gen. James McConville, vice chief of staff of the U.S. Army, said the service will look into how the civilian sector applies innovation and modernization with the aim of applying the same methods in the military.

McConville noted in an interview with Army Sustainment Magazine that adopting modern technologies such as autonomous vehicles, additive manufacturing and artificial intelligence will help boost logistics and accelerate production and maintenance processes, he said in an interview published in the September-October 2018 issue of Army Sustainment Magazine.

He added that modernization is “extremely important” in military logistics, which involves feeding soldiers, fueling and arming vehicles and helicopters and arming warfighters in the battlefield.

McConville also explained that the Army Futures Command will help bring new systems into the military over the next three to eight years, as well as shorten development and acquisition timelines.

Lastly, the Army has formed cross-functional teams consisting of operators, sustainers and acquisition officials to develop requirements for the service’s modernization priorities.