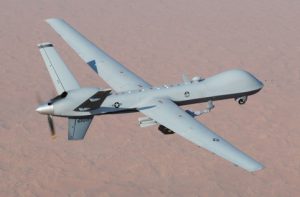 General Atomics Aeronautical Systems, Inc. has been notified that the Government of Belgium has approved Belgian Defense to begin negotiations with the U.S. Government to acquire the MQ-9B SkyGuardian Unmanned Aircraft System (UAS).

“We look forward to providing our unmanned aircraft systems to meet Belgium’s mission requirements, while also supporting the NATO Alliance,” said Linden Blue, CEO of GA-ASI. “We are also eager to work with our industrial partners in Belgium on a host of activities ranging from manufacturing to maintenance.”

MQ-9B is the latest generation of GA-ASI’s multi-mission Predator® B fleet. GA-ASI named its baseline MQ-9B aircraft SkyGuardian and the maritime surveillance variant SeaGuardian. MQ-9B is the result of a five-year company-funded effort to deliver an unmanned aircraft system that can operate in non-segregated, civil airspace, which meets the stringent airworthiness type-certification requirements of NATO STANAG 4671. To highlight these capabilities in support of the celebration of the United Kingdom’s Royal Air Force 100th anniversary (RAF100) in July, SkyGuardian became the first Medium-altitude, Long-endurance (MALE) UAS to fly non-stop across the Atlantic Ocean. The system features >40 hour endurance, all-weather, short-field, self-deployment (through SATCOM controlled automatic take-off and landing), and “detect-and-avoid” capabilities.

The unmanned aircraft system (UAS) commonly known as the Predator B or MQ-9 Reaper is a multi-mission platform that is capable of more than those monikers suggest. “We called our new aircraft Sky Guardian,” said Christopher Ames, GA-ASI regional vice president for Europe and NATO. “We’re trying to get away from the Predator and the Reaper and names like that because it suggests the aircraft performs only in a strike capacity.” As consequence, the aircraft the U.S. and UK air forces carries an assortment of AGM-114 Hellfire missiles, GBU-12 Paveway II laser-guided bombs and as of May, the GBU-38 Joint Direct Attack Munition.

The Sky Guardian has a 13-foot longer wingspan (79 feet) than the MQ-9/Predator B, nearly double the operational endurance (40 hours), a greater payload capacity and features such as auto takeoff and landing, all-weather capability, airframe de-icing, lightning protection and collision avoidance system.

The Sky Guardian’s “airline configuration” avionics suite, consisting of TCAS, ADS-B and IFF transponders, protects against midair collisions with other transponder-equipped aircraft; the addition of GA-ASI’s Due Regard radar around 2020 will protect against non-transponding, non-cooperative aircraft and rounds out the “detect and avoid” capability aviation authorities believe UAS must have to routinely operate in civilian airspace and over international waters.

The GA planned sales in Europe are