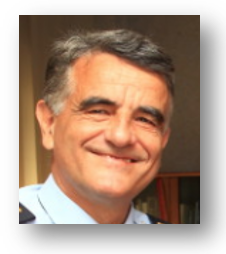 Lt General (r) left the service in May 2018 . His last job was to set up and manage as General Manager the Joint International Programme Office JIPO created in oder to control and bring forward the collaboration of the EF2000 in support of the Kuwait Airforce and manage on their behalf the procurement contract that Kuwait signed with Leonardo SpA in order to procure the Eurofigher aircraft, and the initial logistic support.

Previously he was chief of the Airforce Communication Office managing internal and external Airforce communication.

From 2012 to 2015 he was assigned to the newly created Multifunctional Centre for Combat Aircrafts in Cameri AFB. Under his leadership the Centre:

In 2011 he was assigned as Chief of the 3rd Department at the Air Aeronautical, Armament and Airworthiness Directorate (SEDREDIFESA) as responsible for procurement of Avionics, Engines and General Systems and defense pipelines of the Armed Forces and Security Corps of the Italian Government.

From 2004 to 2011 he was Head of the Office of Missile Defense and Space Programmes. He had the responsibility of the programme management of a number of international programmes and was Steering Committee member representing Italy in the following programmes Boards:

During those years he was member of the Scientific Technical Committee of the National Space Agency and operated as Consultant/Evaluator for the EU Commission FW7 Research programme, Aeronautics and Space area.

From 2000 to 2004 he was assigned to the newly created European (GE, UK, FRA, ITA plus BE and SP) Procurement and Programme Management Agency called OCCAR in Bonn, GE as Section Leader of the Business Development Section responsible for Space and C4ISR programmes.

From 1996 to 2000 Lucio Bianchi served at the National Armament Directorate, 4th Department as Head of Section responsible for aeronautical international programmes high level management, such as EF 2000, EH 101 and NH90, supporting as technical specialist, the Chief of the Department.

In 1993, up to 1996 he was posted to the NATO Procurement Agency called NETMA in Munich GE, as responsible of the Italian Tornado ECR programme, the Electronic Combat Version of the Tornado IDS aircraft.

In 1980 he was assigned to the Airforce Flight Test Centre of Pratica di Mare AFB where he served in the Flight Test Group as Flight Test Engineer (qualification that he achieved at the USAF Test Pilot School in Edwards AFB, Ca in 1982). He worked as Armament flight test engineer in the Tornado and AM-X programmes. He became Technical Director of the Test Centre from 1991 to 1993.

Lucio Bianchi, entered the Italian Air Force Academy in 1974 and in 1979 he received his University degree as Doctor in Aeronautical Engineering.

He has been awarded several decorations and recommendation Medals and he is the author of a number of technical articles .

His family is made of a daughter (23 years old) and a son (24 years old); his wife is graduated in Physiotherapy.