Nine months after the Army’s U.S. Central Command formally declared that there was an “urgent need” for sophisticated electronic surveillance systems to be installed throughout Afghanistan to protect U.S. forward operating bases, little has happened, according to senior Republicans on the House Armed Services Committee.
At issue are tower-based systems designed to be placed around forward operating bases in remote parts of Afghanistan. The systems include sensors that can detect enemies miles from a base and trigger direct fire at sources of noise or movement.
Security at forward operating bases in Afghanistan has become a major concern for the military. In one of the most recent breaches, a Taliban attack on an outpost in Nurestan province in October killed eight U.S. soldiers.
Civilian Afghan and third-country guards continue to be hired for security at forward operating bases and observation posts, though operation of the electronic surveillance systems is left to U.S. soldiers or American contractors. Lawmakers have urged that security at the posts be improved. 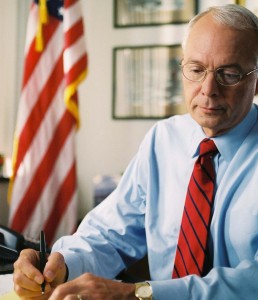 “We need to provide security to U.S. armed forces that are out further in the hinterlands,” Rep. John Kline (R-Minn.), a former Marine whose son commands a battalion at a forward base in Afghanistan, said in an interview.
Last July, Central Command issued a formal Joint Urgent Operational Need statement related to a shortfall in sensors, as well as warning and response capability in Afghanistan. That notice should have provided for the rapid acquisition of new equipment. In March, however, Gen. David H. Petraeus, who runs Central Command and submitted the original statement, said that, although some new equipment had been installed, the job may have to be turned over to contractors.
At a House Armed Services Committee hearing last Wednesday, Kline pressed Marine Lt. Gen. John M. Paxton Jr., director of operations for the Joint Chiefs of Staff: “Is it true that we are looking at contractors because we either don’t have U.S. forces or a decision has been made not to use them?” 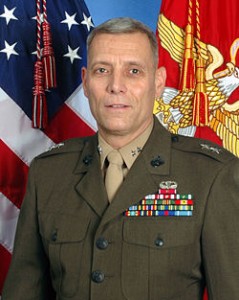 Kline added: “If so, do we have a contract in place? And if not, why not? Because we’re possibly not providing the force protection that we ought to be doing.”
Rep. Howard P. “Buck” McKeon (R-Calif.) told Paxton he was concerned that “we’re under-resourcing force-protection capabilities.” He said the systems deployed at U.S. forward bases in Iraq are not widely deployed in Afghanistan. “This is disconcerting, especially given the fact that we have evidence that such capabilities have saved hundreds of lives in Iraq,” he said.
Paxton responded that better surveillance capability was considered an urgent need but that the matter was still under review. The general added that while similar systems have been installed in Iraq, the main threat to U.S. forces there was from rockets and mortars; in Afghanistan, the primary killers are improvised explosive devices.
“If you look at the source of the fires and the casualties,” Paxton said, “the indirect fire in Afghanistan is not what it was in Iraq. It’s the IEDs that is the largest component, first, and then the small-arms fire, and things like rocket-propelled grenades second.”
The tower-based surveillance systems reach 80 to 100 feet high and have a visibility range up to about eight miles, day and night. The systems, which were developed outside the normal procurement system beginning in 2007, were assembled from a combination of intelligence, surveillance and reconnaissance sensors and battle command and force protection systems, according to an article published in March on the Army Acquisition Support Center Web site.
According to a marketing survey by the Army’s Communications-Electronics Command, the Army is now “primarily interested in products with technologically mature sensor systems and/or commercial off-the-shelf sensor solutions.” The systems should be able to “detect changes and provide alerts that allow other sensors to assess moving personnel and vehicles within the detection area.”
The solicitation goes on to say that the Army is looking for sensor solutions that can be put into service with “minimal training” and go into monthly production within three months of a contract award.