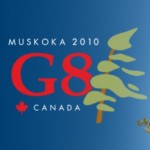 CTV News has learned that Ottawa expects to spend $833 million on security for next month’s G8 and G20 summits.
[montreal.ctv.ca] In March, the federal government had allocated $179 million for its security budget. But under new estimates that will be introduced in the House of Commons later Tuesday, these costs should increase by $654 million to a total of $833 million, officials tell CTV.

The new costs are included in the Supplementary Estimates (A), 2010-11 — the first of several documents used to inform Parliament about spending requirements that are not included in the Main Estimates of the annual budget.

According to a copy of the Supplementary Estimates (A), 2010-11, that has been posted to the Treasury Board of Canada website, the additional $654 million will be split among the following departments:

The document says the additional funding will be used to: